After that season, Salmon did not play competitively until 2003; in the 2003/2004 season, he won an event on the Challenge Tour to regain his place on the professional tour. In Event 3, Salmon beat Steve Harrison, David Craggs, Tony Knowles, Dermot McGlinchey, David John and Mark Joyce, setting up an encounter in the final with Steve James, once the world number seven. Salmon made a break of 104 in a 6–2 victory over James, recording his first tournament win.

Having re-qualified as a professional for the 2004/2005 season, Salmon could not find any form in the ranking events; he won only one match, beating Scott MacKenzie 5–1 in the Irish Masters, and his hopes of progressing in the 2005 World Championship were ended by a 3–10 loss to Adrian Gunnell.

Ranked 87th, Salmon fell off the tour again and returned to the amateur game in 2005. 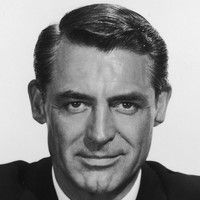