The son of an Irish Jewish dentist, Glanville was educated at Charterhouse School, where he played football to a high standard. He has had a lengthy career, beginning with ghost-writing Cliff Bastin Remembers, the autobiography of his hero, at 19. A noted critique of the British style of sportswriting in Encounter magazine in the late 1950s lamented the lack of depth compared to the American style of Red Smith, Damon Runyon or A. J. Liebling. As a journalist he spent nearly 30 years as a football correspondent for The Sunday Times, to which he is still a contributor, and has contributed to World Soccer magazine for over 15 years in print and online; he currently contributes a weekly column to the website covering a range of issues. In the 1960s and 1970s, Glanville was a member of the jury which awards the yearly Ballon d'Or France Football (or European Footballer of the Year award. In addition has written for The People and more recently contributed several obituaries of prominent players to The Guardian.

In addition, his work has been seen in publications such as Sports Illustrated and the New Statesman, and the prominent American Football writer Paul Zimmerman has called him "the greatest football writer of all time."

He spent much of his career based in Italy and has been seen as one of the leading authorities on Italian football as a result. Whilst based in both Florence and Rome, he wrote regularly for the Italian daily Corriere Dello Sport, as well as occasional pieces for La Stampa and Corriere della Sera.

Glanville is noted for taking a critical view of many issues, often in contrast to the typical British sportswriter. For example, since its formation he has criticised the Premier League as the "Greed is Good League" and FIFA president Sepp Blatter is referred to as "Sepp (50 ideas a day, 51 bad) Blatter" relating to his comments on women's football and the introduction of the silver goal (see Blatter article for more details).

During the 1960s, Glanville worked as a writer for the satirical BBC TV programme That Was The Week That Was and wrote the screenplay for Goal!, the BAFTA award winning official film of the 1966 World Cup. As a novelist he has written mostly about football and life in Italy, with his 1956 novel Along the Arno particularly well received by critics. He has also written The Story of the World Cup, a frequently updated history of the FIFA tournament.

Glanville is a lifelong supporter of Arsenal F.C..

From the mid 1960s to the 1980s Brian Glanville organised and ran his own very successful (largely) amateur football team, Chelsea Casuals, which, depending on the quality of the opposition, comprised a motley collection of actors, artists, radio, TV and newspaper journalists, university graduates and undergraduates (mainly drawn from the LSE), friends (occasionally professional soccer players and from other sports including cricket. Anecdotes in his book of short stories The King of Hackney Marshes (1965) drew heavily on experiences gained not only from games on the Hackney Marshes but also at Wormwood Scrubs playing fields, the Chelsea Hospital ground and elsewhere. His novel The Rise of Gerry Logan (1963, 1965) predated the rise of the ex-professional radio and TV punditry of the Saint and Greavsie/Alan Hansen/Andy Gray variety.

After covering England for many years, Glanville developed relationships with a few of the managers. In this interview with TheSetPieces.com, he stated that Alf Ramsey could be 'very spiky, but in the final analysis I didn’t get on badly with him and he gave people access'. Glanville also mentions how he thought Bobby Robson was 'grotesquely overrated', and that nearly reaching the World Cup final was 'down to luck more than judgement'. 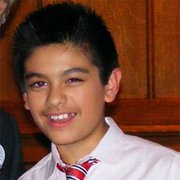 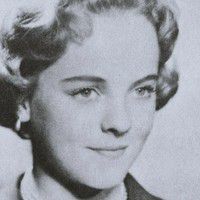 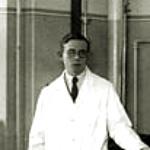