Deese graduated from Middlebury College in 2000 with a degree in Political Science and from Yale Law School in 2009. For his first job in Washington, Deese worked as a research assistant at the Center for Global Development, hired by founder Nancy Birdsall, according to The New York Times, where he co-authored the book Delivering on Debt Relief. Later he worked as a senior policy analyst for economic policy at the Center for American Progress, under Gene Sperling. Sperling and Deese would collaborate again in the Obama Administration as Director and Deputy Director of the National Economic Council between 2011 and 2013.

After the Center for American Progress, Deese joined Hillary Clinton's presidential campaign as her economic policy director. After Clinton was defeated in the primaries, Deese went to work as an economic advisor to the Obama-Biden campaign.

Following the 2008 presidential election, he served as a member of the Economic Policy Working Group for the presidential transition.

At the start of the Obama Presidency, Deese was appointed as a Special Assistant to the President for economic policy, serving in the National Economic Council (NEC). According to The New York Times, he emerged as "one of the most influential voices" on the auto industry, and specifically the Chrysler and GM bailouts.

In 2011, Deese was named Deputy Director of the NEC. In this role, he coordinated policy development for the White House on taxes, financial regulation, housing, clean energy, manufacturing, and the automotive industry. According to The New Republic, he was among Washington's "most powerful, least famous people".

Office of Management and Budget

Deese was named Deputy Director of the Office of Management and Budget in the summer of 2013. He briefly served as the Acting Director in summer 2014, between the departure of Sylvia Mathews Burwell and the appointment of Shaun Donovan.

Senior Advisor to the President

Following the departure of John Podesta, Deese took over his brief on Climate and Energy. Unlike Podesta, who served as Counselor to the President, Deese was promoted to the position of Senior Advisor to the President. In this position, Deese played an influential role in negotiating the Paris Climate Agreement in December 2015. Along with Katie Beirne Fallon, Deese helped to negotiate the 2015 Bipartisan Budget Act, which replaced the budget sequestration and increased federal spending by $80 billion over two years. In February 2016, the President tapped Deese to oversee the Supreme Court nomination process, which led to the President's nomination of Chief Judge Merrick Garland to the Supreme Court on March 16, 2016. 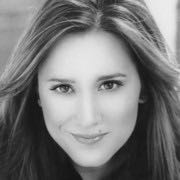