Crump's father was Staffordshire Minor Counties cricketer Stanley Crump, while his cousins were David Steele (the former cricketer for Northamptonshire and England who won the BBC Sports Personality of the Year Award in 1975) and John Steele (former Leicestershire cricketer).

Dubbed 'The Atomic Pill' by Essex players, Brian Crump was a pillar of the Northamptonshire side in the 1960s. Perhaps his finest cricketing moment came at Cardiff in August 1965. Northamptonshire and Glamorgan were both in strong contention for County Championship honours, and Keith Andrew's men secured a tense 18-run victory which, at the time, looked to have given them a decisive advantage in the title race. Crump took 8-142 from 76.3 overs in the game, conceding less than two runs an over, and was carried into the pavilion when the final Glamorgan wicket went down, having bowled unchanged in the second innings.

As a batsman, he managed five centuries—with a ten-year gap between the second and third—and made his best score of 133 not out against Warwickshire at Edgbaston in 1971.

He was released at the end of his benefit year, 1972, but was still trundling away in club and over-50's cricket the best part of three decades later. His influence has been continued to be felt through his encouragement of Northamptonshire's former off-spinner and fellow Staffordshire boy Jason Brown.

Officer in the British Army and British Indian Army 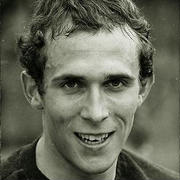