Bria Nicole Hartley (born September 30, 1992) is an American professional basketball player for the New York Liberty of the Women's National Basketball Association (WNBA). She was drafted 7th overall by the Seattle Storm in the 2014 WNBA Draft and was immediately traded to the Washington Mystics. Hartley played point guard for the UConn women's basketball team, and won back to back national championships in 2013 and 2014.

Hartley started playing basketball at a very young age, and honed her game in her driveway, playing against two older brothers. They pushed her around, but she credits that for making her tougher.

Hartley attended North Babylon High School in North Babylon, New York. Hartley began playing with North Babylon's varsity squad as an eighth grader. Hartley was a four-year starter at North Babylon High School, where the Bulldogs had a combined record of 81-13 and a record of 46-1 in the league play. During her junior year, she averaged 21 points, 7.4 rebounds, 7.2 assists, 6.0 steals and 4.7 blocks per game and was named to the Parade All-America list. As a senior, she had five triple doubles, and averaged 30 points, 8.3 rebounds 7.4 assists, 5.9 steals and 5.0 blocks per game, and lead her team all the way to the title game, where Hartley poured in 51 points, but it wasn't enough to overcome a balanced attack by Sachem East. She was named the New York Newsday's Long Island Player of the Year and New York's Miss Basketball in 2010 by the New York Basketball Coaches Association. Hartley amassed 1,978 points in five varsity seasons.

Freshmen rarely start at UConn, but Caroline Doty, expected to be a starting guard for the team, suffered an ACL injury in August 2010 which kept her out of the lineup for the entire season. With limited options, Hartley started and played a total of 1,209 minutes, the most ever by a UConn freshman. She had only one point with 3:56 remaining in the 65-64 victory over No. 2 Baylor (Nov. 16) but connected on a 3-pointer at 3:56 to tie the game at 58. Then converted on a putback on UConn's next possession and hit another 3-pointer at the 2:09 mark to give the Huskies a lead for good. She was named the Big East Freshman of the year, and earned a spot on the Big East all tournament team.

Bria Hartley continued her stellar play in sophomore year. Hartley played and started all 38 games in 2011-2012 season. She was second in assists with 3.7 per game, third in scoring with 14 points per game and third in steals with 70 while shooting 46.5 percent from the field. During her sophomore year she became known for performing well against top teams in the country. She tallied 28 double-figure performances and five 20-plus games on the season including two 25 points game against top seeds Baylor and Notre Dame. Hartley was named to the BIG EAST All-Tournament after turning in 18 points and seven grabs against Notre Dame in the BIG EAST Final. She was the 15th Husky all-time and only the fourth UConn sophomore all-time to be honored on the squad and is seventh on UConn's chart for most points (533) and assists (140) by a sophomore. Hartley's stellar sophomore season landed her a spot on the 2011-12 All-BIG EAST First Team and the 2011-12 All-BIG EAST Tournament Team. Hartley earned her spot on the Huskies wall of fame by being one of 10 candidates named to the WBCA/State Farm All American team.

Hartley struggled in her junior year at UConn. She missed the first two games of the season due to an ankle injury. She had career lows in minutes played, points, rebounds, field goal percentage, 3-point percentage and free throw percentage. She played in 37 games and earned a starting assignment on 28 occasions. She was fifth on the team in scoring at 9.2 points per game and second on the squad with 136 assists and finished third on the team with 53 steals. During the NCAA tournament she performed a lot better by scoring in double-figures in all of UConn's final three games, including a 15-point, four-assist performance in the National Semifinal win over Notre Dame. Hartley helped her team win the 2013 National Championship, and was named to the 2013 NCAA Final Four All-Tournament team.

In her final year at UConn, she had an amazing senior year as she was a candidate for the Nancy Lieberman Award as the nation best point guard. She played and started in all 40 games, scoring in double-figures in all but four contests, second on the team at 16.2 points per game and 4.3 assists per game. Hartley scored at least 20 points 12 times and notched a season-high 30 points on 11-15 shooting, including 6-8 from deep, in the win at Rutgers and scored at least 20 points in a career-high four-straight games from February 22 - March 1. Hartley was named to American Athletic All-Conference Tournament team after averaging 15.8 points and 4.0 rebounds per game while dishing-out a team-best 20 assists against only eight turnovers over three contests. She helped lead her team to an undefeated 40-0 season and won the 2014 National Championship, and was named to the 2014 NCAA Final Four All-Tournament team for the second-straight year, after averaging 14.7 points per game while dishing out 3.9 assists and burying a team-high tying 13 three-point field goals in UConn's six victories and was later inducted into the Huskies of Honor on senior night.

Hartley led UConn to a 144-11 record over her four-year career, which included four Final Four appearances and back to back National Championships. One of only two Huskies, along with Maya Moore as the only players with 1,500 points, 500 rebounds, 500 assists, and 200 steals. She finished her career in eighth place on the UConn scoring list with 1,994 points 6 points shy of 2,000, sixth all-time with 259 made three-point field goals and 153 games played, fifth in school history with 559 assists. A two-time All-Conference First Team selection, Hartley scored 647 points in 2013-14 marked the fourth-most scored by a UConn senior in program history and her 173 assists also marked the fourth-highest total for a UConn senior. She earned a reputation for playing her best in big games and was selected to the All-NCAA Tournament Team in 2013 and 2014, the NCAA Tournament All-Regional Team in 2011 and 2014 and to the All-Conference Tournament team in 2011, 2012 and 2014 .

Hartley was drafted seventh overall in the 2014 WNBA Draft by Seattle Storm then later traded to the Washington Mystics who drafted UConn teammate Stefanie Dolson. Hartley started in her second game of the season as she had team high 15 points and dished out 5 assists vs Indiana Fever on May 23, 2014. On June 1, 2014,in the triple-overtime game vs the Los Angeles Sparks, the UConn duo of Hartley and Dolson combined for 34 points coming off the bench and Hartley scored her first 20-point game. On June 24, 2014 vs Seattle Storm Hartley scored career high 26 points going 11-16 from the floor including 4-6 from three point range. She suffered a broken left middle finger in a game against the Seattle Storm in a loss.

After playing 24 games in the 2016 season, it was announced that Harley became pregnant with her first child and would sit out the rest of the season.

In January 2017, Hartley was traded to the New York Liberty in a three-team trade deal that sent teammate Kia Vaughn also to the Liberty, Carolyn Swords along with the 15th overall pick in the 2017 WNBA draft to the Seattle Storm and the Mystics receiving two 2017 first round draft picks from the Storm.

Hartley was named to the USA Basketball U18 team. The USA team was one of eight teams from North, South and Central America, along with the Caribbean, invited to participate in the 2010 FIBA Americas U18 Championship.For Women, held at the U.S. Olympic Training Center, in Colorado Springs, Colorado. The top finishing team qualify for the 2011 FIBA U19 Women's World Championship. The team was coached by Jennifer Rizzotti, a former point guard for Connecticut, who helped teach Hartley how to "be a leader". Rizzotti noted her improvement over the course of the event, especially in decision-making.

The opening exhibition match was against Canada, won by the USA team 58–39. Hartley had ten points, three assists and four steals. In the opening round game against Argentina, Hartley was a double digit scorer, helping the USA to a 91–32 victory. In the next game against Brazil, Hartley played a role setting the opening tempo, as she scored eight points as part of a 13–2 early run. Hartley would end up with 14 points, second leading scorer in the victory over Brazil. The USA won the following game easily against Puerto Rico 108–44, then beat Chile in the semi-final match up 98–28. The gold medal game was a rematch against Brazil, which the USA won 81–38. Hartley was the second leading scorer for the team with 10.6 points per game.

In 2011, Hartley was selected to be on the USA basketball U19 team at the U19 World Championship, held in Puerto Montt, Chile. The USA won their first five games, but then came up short, losing to Canada 64–52. They were still qualified for the medal round, and played France in the quarterfinal. The USA was down by as much as 13 points early in the game, but took a lead with just over a minute to go in the game and ended up with the win 70–64. The USA took an early lead in the semi-final against Brazil, and went on to win to qualify for the gold medal game. The final game was against Spain, which the USA won 69–46. Hartley was the second leading scorer on the team, averaging 11.1 points per game, just behind Breanna Stewart’s 11.2 points per game. She led the team in steal with 17, to help the USA to an 8–1 record and the gold medal in the Championship game.

Hartley, along with teammate Kaleena Mosqueda-Lewis, were two of the twelve players selected to be on the team representing the USA at the World University Games held in Kazan, Russia in July 2013. The team, coached by Sherri Coale, won the opening four games easily, scoring in triple digits in each game, and winning by 30 or more points in each case. After winning the quarterfinal game against Sweden, they faced Australia in the semifinal.

The USA team opened up as much as a 17 point in the fourth quarter of the game but the Australian team fought back and took a one-point lead in the final minute. Crystal Bradford scored a basket with 134 seconds left in the game to secure a 79–78 victory. The gold medal opponent was Russia, but the USA team never trailed, and won 90–71 to win the gold medal and the World University games Championship. Hartley was the leading scorer for the team, averaging 13.5 points per game. She had 20 assists and nine steals, both second only to Odyssey Sims. 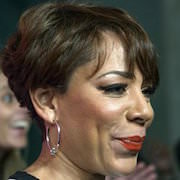