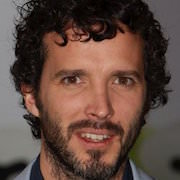 Bret Peter Tarrant McKenzie, ONZM (born 29 June 1976) is a New Zealand comedian, actor, musician and producer, best known for being one half of the Grammy Award-winning musical comedy duo Flight of the Conchords along with Jemaine Clement. The duo's comedy and music became the basis of a BBC radio series and then an oft-lauded American television series, which aired for two seasons on HBO. McKenzie served as music supervisor for two Muppet films, The Muppets (2011) and Muppets Most Wanted (2014), the former of which won him an Academy Award for Best Original Song for the song "Man or Muppet". His latest work has seen him write the lyrics to the 2016 Sainsburys Christmas advert featuring James Corden on vocals.

As an actor, he is known for portraying Lindir in Peter Jackson's The Lord of the Rings and The Hobbit film trilogies, respectively: in the first he remained unnamed with fans naming him Figwit, a character originally cast as an extra who gained attention thanks to the trilogy's fan community, and in The Hobbit is credited as Lindir, a small character who originally appears in the book of The Fellowship of the Ring.

McKenzie was born in Wellington, New Zealand. He is a former member of The Black Seeds. He released an album called Prototype as Video Kid and is a member of the Wellington International Ukulele Orchestra. McKenzie attended Clifton Terrace Model School ("model" refers to a standard school for training teachers as opposed to modeling), Wellington College and then Victoria University of Wellington where he met Jemaine Clement who was also studying film and theatre. Together, they were members of So You're a Man and they later formed Flight of the Conchords.

McKenzie has appeared in the first and third films in Peter Jackson's The Lord of the Rings trilogy. His silent role in the first film as Figwit achieved some minor internet fame, which led to Jackson giving him a line in the third film. In April 2011, McKenzie was cast as the elf Lindir for The Hobbit. His father Peter McKenzie played the role of Elendil in Lord of the Rings.

Along with Clement, McKenzie was featured as one of 2008's "100 Sexiest People" in a special edition of the Australian magazine Who.

McKenzie and fellow Conchord Clement guest starred as a pair of camp counselors in "Elementary School Musical", the season premiere of the 22nd season of The Simpsons, which aired on 26 September 2010.

During the summer of 2010, McKenzie flew to Los Angeles to serve as the music supervisor for the The Muppets. He went on to write four of the five original songs from the film's soundtrack including "Man or Muppet" and "Life's a Happy Song" both of which were nominated for Broadcast Film Critics Association Awards and Satellite Awards for Best Original Song.

McKenzie wrote the original songs for the 2014 movie Muppets Most Wanted.

He is married to New Zealand publicist Hannah Clarke and currently maintains residences in Los Angeles, New York City and Wellington, New Zealand. They have two children; daughter Vita, born in 2009 and son Leo, born in 2011. 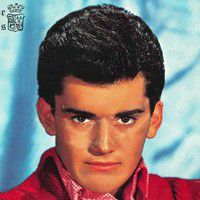