Newton graduated from the University of North Carolina at Chapel Hill and Columbia Law School, where he was a James Kent Scholar and a Senior Editor of the Columbia Law Review. After graduating from law school in 1992, he clerked for Judge Carolyn Dineen King of the U.S. Court of Appeals for the Fifth Circuit. After his clerkship, Newton worked as a public defender in both the state and federal systems. In that role, Newton also represented death row inmates in the American South.

In "Preaching What They Don’t Practice: Why Law Faculties’ Preoccupation with Impractical Scholarship and Devaluation of Practical Competencies Obstruct Reform in the Legal Academy," Newton criticizes the legal academy's reliance upon law review articles for tenure consideration, rather than preparing students to practice law.

Newton has written about the death penalty with particular emphasis on the Texas system in which he practiced for many years. In “Capital Punishment: Texas Could Learn a Lot from Florida" (1998), Newton surmised that Texas's high actual execution numbers could be attributed to three factors at that time: the way judges were elected, a weak public defender system, and a flawed jury system that did not allow for the consideration of mitigating evidence. 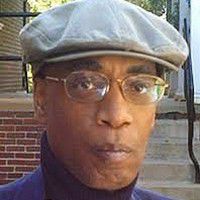