Brendan Buckley (born February 26, 1977) is currently an assistant coach for the University of Connecticut men's hockey team. His hiring was announced on July 8, 2015.

After retiring from professional hockey in 2011, Buckley joined Buckley Sports Management where he served as Vice President and Director of Recruiting. He has also served as the Tier 1 Commissioner and Tournament Director for the Eastern Hockey Federation in Boston since 2012. 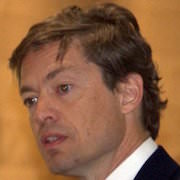