Brenda V. Smith is a law professor at American University's Washington College of Law. She is the Co-Director of the Community and Economic Development Law Clinic. Professor Smith is also the Project Director for the United States Department of Justice, National Institute of Corrections Cooperative Agreement for the Project on Addressing Prison Rape. From 2004 to 2009 she served on the National Prison Rape Elimination Commission. Smith was appointed to the Prison Rape commission by current House Speaker Nancy Pelosi. In 1993, Professor Smith was awarded the Kellogg National Leadership Fellowship and, in 1998, inducted into the D.C. Women’s Hall of Fame for her work on behalf of low-income women and children. She graduated magna cum laude from Spelman College in 1980 and from Georgetown University Law Center in 1984.
Professor Smith’s scholarly work and writing focuses on the intersections of gender, crime and sexuality. She is widely published and received the Emmalee C. Godsey Research Award for her scholarship. Publications include Battering, Forgiveness and Redemption; Rethinking Prison Sex: Self -Expression and Safety, Symposium on Sexuality and the Law; Sexual Abuse of Women in Prison: A Modern Corollary of Slavery; Uncomfortable Places, Close Spaces: Theorizing Female Correctional Officers’ Sexual Interactions with Men and Boys in Custody; and Boys, Rape and Masculinity, Reclaiming Male Narrative of Sexual Violence in Custody. Some of her recent speaking engagements include the 2016 McClure Lecture at the University of Mississippi and the Convening on Women and Girls in the Criminal Justice System in June 2016 at the White House. 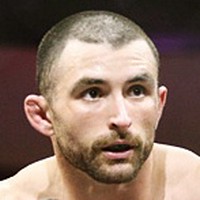