Brandon grew up in the Parkville suburb of Baltimore. He was the lead vocalist in Baltimore metal band Margret Heater from 1998-2003. Brandon came to Margret Heater in 1998 when they and another Baltimore band "20 on the Hype" switched singers to better match their personalities and musical aspirations.

Honoring his Baltimore childhood, Brandon wrote and performed the song Double Rock Park with Margret Heater. In 2002, Brandon was cast as a singer of a band in the movie Kiwahkwe: Curse of the Lobster, for animation studio Art Barn. Though shot in 2002, the film has yet to be released.

Despite having a successful local music career in the Mid-Atlantic Music Scene, Margret Heater broke up after their last show on December 31, 2003.

With almost no time between projects, Brandon joined emo-core Los Angeles band Bleed the Dream in 2003. Brandon had mild success with the band as he traveled the world on tour as a part of the Warped Tour, Taste of Chaos tours, as well as a headlining tour. Bleed the Dream's music was also featured on MySpace, Fuse Television, and the movie Without a Paddle. He was their lead singer until May 24, 2006, when he parted ways with the band.

Shortly after the announcement of his departure from Bleed the Dream, Brandon started a new band named Oshianis, who were based out of Los Angeles, but it ended during the month of September. The band sent out a press statement to their fans stating, "We would like to thank everyone for their support while we were getting things going...unfortunately things aren't working out the way we had planned and we have to decided to stop the Oshianis project. Sometimes things just work out the way they do, and hopefully sometimes for the better."

The main reason for the short-lived stint with Oshianis was due to Brandon deciding to move back home to Maryland to start Phantom Communique his dream project with former Margret Heater colleague, guitarist Jasan Stepp, of Dog Fashion Disco fame. Jasan and Brandon collaborated from September 2006 to September 2007 on the heavy industrial metal project.

Since then, Stepp has parted ways from the project to focus on Polkadot Cadaver with former Dog Fashion Disco lead singer Todd Smith, but Phantom Communique continues without him.

In addition to this darker and heavier sound, Brandon has a techno-industrial side project where he writes and composes all the music called, Reliable Foe.

Recently, Brandon has rejoined Bleed The Dream and have been touring and working on a new album with the band.

When not singing and acting, Brandon enjoys skateboarding and playing video games. He currently splits his time when not touring between California and Maryland. He also has a German Shepherd Dog, Lucius, who has a 22-inch neck. 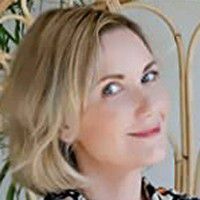