Brandon Staley (born December 10, 1982) is an American football coach who is the defensive coordinator for the Los Angeles Rams of the National Football League (NFL). He previously served as an assistant coach for the Denver Broncos and Chicago Bears.

In 2017, Staley was hired by the Chicago Bears as their outside linebackers coach.

On January 15, 2019, Staley was hired by the Denver Broncos as their outside linebackers coach, reuniting with head coach Vic Fangio.

On January 16, 2020, Staley was hired by the Los Angeles Rams as their defensive coordinator.

The contents of this page are sourced from Wikipedia article on 14 Apr 2020. The contents are available under the CC BY-SA 4.0 license.
comments so far.
Comments
From our partners
Sponsored
Reference sources
References
https://web.archive.org/web/20200113170451/https://www.denverbroncos.com/team/coaches-roster/brandon-staley
https://broncoswire.usatoday.com/2019/01/15/denver-broncos-hire-brandon-staley-as-outside-linebackers-coach/
Trending today in 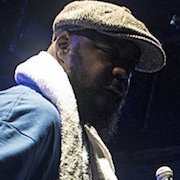