Brandon Leake (born 12 May 1993) is an award-winning spoken word poet, artistic educator, and motivational speaker from Stockton, California. He rose to fame after winning the 15th season of NBC's TV talent show America's Got Talent, which aired on from May 26, 2020, to September 23, 2020.

Brandon Leake was born on May 12, 1993, in Stockton, California, to Tyrone and Carla Leake-Gibson. He was raised by a single mother who worked multiple different jobs to provide for him. He had a younger sister Danielle Marie Gibson who died when she was only 8 months old, in 1997 (Brandon was 4 years old at the time).

Leake attended Commodore Stockton Skills School in Stockton where he started writing poetry. His passion for poetry was reignited when he worked with Stockton Poet Laureate Tama Brisbane on an All-America City piece after his college graduation.

He graduated from Edison High School, Stockton, California, where he taught English.

Later, he attended Simpson University in Redding, California, graduating in 2014.

Leake had his first teaching job at Able Charter Schools in Stockton and later became an academic advisor at San Joaquin Delta College in Stockton.

While attending Simpson University, in 2012, Leake founded Called To Move — a small student poetry group that uses poetry to help youth. After finishing his education, he joined a slam poetry team in Sacramento, California, in 2015.

The following year, he released his debut album titled In My Thoughts. During that time, he also toured and performed 40 shows in 12 states.

Leake competed in the fifteenth season of America's Got Talent and was announced the winner on September 23, 2020, leaving behind the country duo Broken Roots (runner-up) and the singer Cristina Rae (third place.) He was the first spoken word poet to be competing on the show and received the Golden Buzzer award in the first round from Howie Mandel. He performed pieces about the loss of his younger sister, his estrangement from his father, Black Lives Matter, and his daughter.

The show was hosted by Terry Crews and featured Howie Mandel, Heidi Klum, Sofia Vergara, and Simon Cowell as judges along with Eric Stonestreet, Kelly Clarkson, and Kenan Thompson as guest judges. Heidi Klum's husband, Tokio Hotel guitarist Tom Kaulitz, is also a fan of Leake: "He's my husband's favorite. When I go home, usually we watch the show together in bed, and my husband was like, 'It's almost like music the way he says it, the way he enunciates certain words and how he speaks in that rhythm."

Leake had also auditioned for the twelfth season of America's Got Talent in 2017, however, he was rejected and his audition was not broadcast.

Leake has performed in 36 of the United States, New Zealand, Mexico, and Canada with his Dark Side Tour to promote his published poetry and his album called Deficiencies: A Tale From My Dark Side.

Leake is married to his wife Anna, since September 2, 2017. The two had met at a show in Stockton through a mutual friend. They have a daughter Aaliyah James Leake, born February 29, 2020. 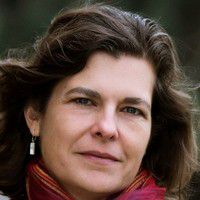 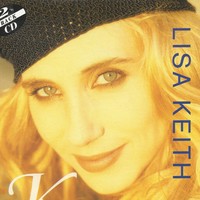