Brandon Carey Carr (born May 19, 1986) is an American football cornerback for the Dallas Cowboys of the National Football League (NFL). He was drafted by the Kansas City Chiefs in the fifth round of the 2008 NFL Draft. He played college football at Grand Valley State. In December 2012, Brandon launched the Carr Cares foundation. The Carr Cares Foundation focuses on educational enrichment and physical fitness for youth. The foundation is currently in the process of creating tutoring and mentorship programs, in addition to implementing physical fitness curriculums in the states of Texas and Michigan.

At Division II Grand Valley State, Carr played in 49 games, starting 41. He made 206 tackles (147 solo) and 11 interceptions, and defended 39 passes. During his sophomore and junior seasons, he helped the Lakers win back-to-back NCAA Division II national championships. In his senior year, he played in all 13 games, posting 45 tackles (33 solo), two interceptions, and defended 13 passes. He received the Defensive Back of the Year honor by Great Lakes Intercollegiate Athletic Conference for his senior season. Carr stretching before a game in Denver in January, 2010.

Carr was drafted by the Kansas City Chiefs in the fifth round (140th overall) of the 2008 NFL Draft. It was reported that Carr was the only player Herman Edwards was targeting with his fifth-round pick. The Chiefs agreed to a three-year contract with Carr on June 11, 2008. On the final play of the Chiefs 2011 season, Carr intercepted a Tim Tebow throw, which ended the game and season, as well as his tenure with the Chiefs. In 2011, Carr recorded four interceptions, only a 46% completion rate of plays in which he was involved, and gave up only three touchdowns.

On December 16, 2012, Carr made an interception in overtime against the Steelers, keeping the Cowboys' playoff hopes alive. On September 8, 2013, he intercepted another ball in the 4th quarter against the Giants, which he also returned for a touchdown, and helped Dallas win against the Giants at home for the first time since 2008. 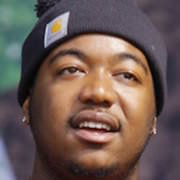