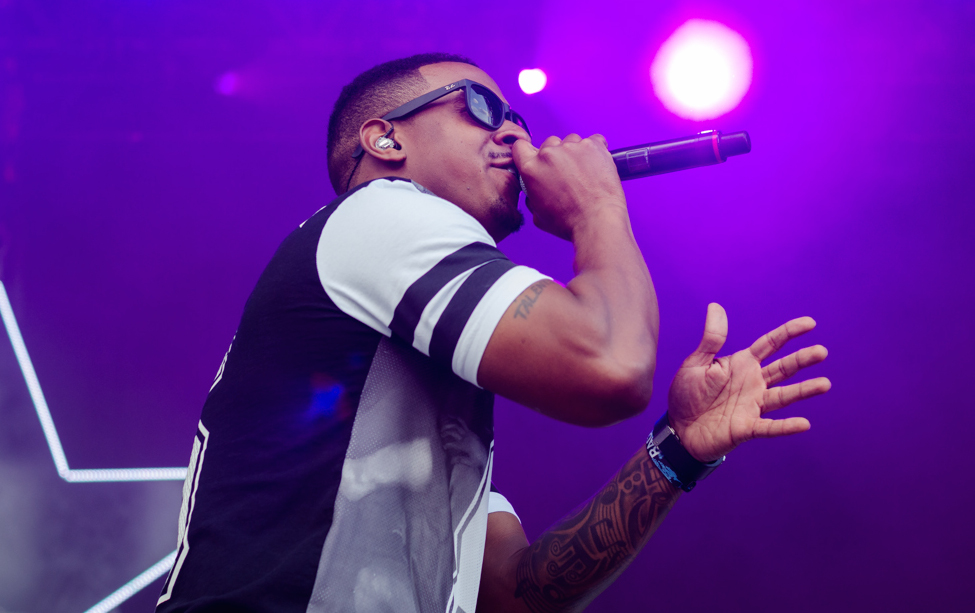 Brandon Beal (born 16 December 1983) is an American singer/songwriter/producer. He is well known for his single "Twerk It Like Miley" which went viral through the app Dubsmash, and has charted at number 1 in 14 different countries including Denmark, Indonesia, and Malaysia. He gained his first musical recognition through his independent album Comfortable released in 2006, (a collaboration with Danish/American producer Multiman), and to date has sold over 65,000 units independently. Brandon Beal has also worked with the likes of Snoop Dogg, Flo Rida, Juelz Santana, Karina Pasian, Stacie Orrico, Kato, Lukas Graham and Christopher. Brandon says that his main musical influence is his brother, singer/songwriter Teron Beal, who has written songs for Michael Jackson and many others.
In February 2011, Brandon went to Scandinavia to work with upcoming producer/remix DJ Rasmus Hedegaard on an Urban/Dance album. Brandon and Rasmus, also known as Beal & Ras toured Denmark with Kato, Camille Jones, Ida Corr, and Infernal (Danish band). Their first single "Money" stayed on the Danish Dance charts for 14 weeks peaking at #13 They released their second single "I Like It" feat. Troo.L.S on August 18, 2011.
Brandon was featured on "My House 2.0" on Kato's latest album Discolized 2.0. The song peaked at #40 on Hitlisten without being an official single. He is also featured on Kato's single "Never Let U Go" that also features Snoop Dogg. That single debuted at #2 on Hitlisten in its first week of release.
He also work alongside Danish singer and band Lukas Graham on their album, which was #1 on the album charts for 11 weeks, and to date has gone 3x platinum. On October 22, 2012, Lukas Graham released the single "Better Than Yourself" which was also co-written by Brandon. This song debuted at #1 on Hitlisten, and is his biggest selling single to date.
In 2014, he released his song "Twerk It Like Miley" produced by Hedegaard and featured young Danish singer Christopher. The single reached number one on Tracklisten, the official Danish Singles Chart and later received a Danish Grammy for "Club Hit of the Year".
In 2016, Beal released the single "Golden" featuring vocals by Lukas Graham. It reached number 1 on Hitlisen, the official Danish Singles Chart becoming his third number 1 in Denmark after "Twerk It Like Miley" and "CPH Girls".