Brahim Ferradj (born 4 September 1987) is an Algerian footballer. He can play as a fullback on both sides of the pitch, or as a defensive midfielder.

Ferradj played for Stade Brest in the French Ligue 2 until May 2014 when his contract with the club expired without being renewed.

On 14 May 2011, Ferradj was called up to the Algerian national team for the first time for a 2012 Africa Cup of Nations qualifier against Morocco.

The contents of this page are sourced from Wikipedia article. The contents are available under the CC BY-SA 4.0 license.
comments so far.
Comments
Reference sources
References
http://www.foot-national.com/foot-b-ferradj-cv-pro-me-relancer-en-ligue-2-ou-national-63090.html
http://www.dzfoot.com/2011/05/14/en-maroc-algerie-les-22-algeriens-19578.php
https://int.soccerway.com/players/brahim-ferradj/37719/
Trending today in 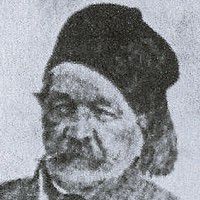