Brad Savage (born December 9, 1965) is an American actor best known for his role as Danny in the 1984 movie Red Dawn, for which he received a nomination for the Young Artist Award in the category "Best Young Supporting Actor in a Motion Picture Musical, Comedy, Adventure or Drama".

Savage was born in Livonia, Michigan in 1965. His mother, Judy, became a talent agent after Brad began his acting career. His sister, Tracie Savage, is an actor.

While known for Red Dawn, Savage also appeared in many television shows in the 1970s and 1980s, including Salem's Lot, CHiPs, Mork & Mindy, Emergency!, Fantasy Island and The Love Boat.

He appeared in several other films including The Apple Dumpling Gang, Echoes of a Summer, No Deposit, No Return, Return from Witch Mountain and Islands in the Stream.

Savage is married to Bronwen R. Craig and has two children. His son, Keaton Savage, is an actor. 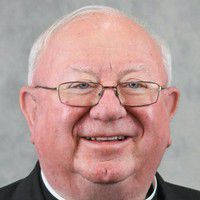