Boyan Slat (Boyannes Slattes) is a Dutch inventor and entrepreneur. A former aerospace engineering student, he is the CEO of The Ocean Cleanup.

Slat was born on 27 July 1994 in Delft. He has been doing engineering projects and building things since he was two years old. He set a Guinness World Record by launching 213 high explosives to Japan simultaneously when he was 11.

In 2011, at age 16, Slat came across more plastic than fish while diving in Greece. He decided to devote a high school project for deeper investigation into ocean plastic pollution and why it was considered impossible to clean up. He later came up with the idea to build a passive system, using the circulating ocean currents to his advantage, which he presented at a TEDx talk in Delft in 2012.

Slat discontinued his aerospace engineering studies at TU Delft, to devote his time to developing his idea. He founded The Ocean Cleanup in 2013, and shortly after, his TEDx talk went viral after being shared on several news sites.

"Technology is the most potent agent of change. It is an amplifier of our human capabilities", Slat wrote in The Economist. "Whereas other change-agents rely on reshuffling the existing building blocks of society, technological innovation creates entirely new ones, expanding our problem-solving toolbox."

In 2013, Slat founded the non-profit entity The Ocean Cleanup, of which he is now the CEO. The group's mission is to develop advanced technologies to rid the world's oceans of plastic. It raised US$2.2 million through a crowd funding campaign with the help of 38,000 donors from 160 countries. In June 2014, the Ocean Cleanup published a 528-page feasibility study about the project's potential. Oceanographers Kim Martini and Miriam Goldstein declared the concept infeasible in a technical critique of the feasibility study on the Deep Sea News website, which was cited by other publications, including Popular Science and The Guardian. The Guardian reported that as of March 2016, the Ocean Cleanup was continuing to test and refine the concept.

Since The Ocean Cleanup started, the organization has raised $31.5 million in donations from entrepreneurs in Europe and in Silicon Valley, including Marc Benioff, CEO of Salesforce.

The first mission and second missions both discovered failures with the system, but the third mission in 2019 showed that it can collect plastic.

In November 2014, Slat was awarded the Champions of the Earth award of the United Nations Environment Programme. HM King Harald of Norway awarded Slat the Young Entrepreneur Award in 2015. Forbes included Slat in their 2016 "30 under 30" list In 2016. He was selected as a Thiel Fellow, the program started in 2011 by venture capitalist and PayPal co-founder Peter Thiel. It gives $100,000 to entrepreneurs 22 years old and younger who have left or postponed college to work on their start-up. In February 2017, Reader's Digest appointed Slat European of the Year, and the Dutch magazine Elsevier awarded him Nederlander van het Jaar 2017 (Dutchman of the Year 2017). In 2018, Slat was awarded the Leonardo da Vinci International Art Award and Euronews award "European Entrepreneur of the Year".

The contents of this page are sourced from Wikipedia article on 02 Feb 2020. The contents are available under the CC BY-SA 4.0 license.
View Boyan Slat 's image gallery
Image Gallery 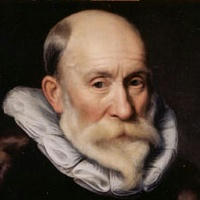