Boris Vsevolodovich Gromov (Russian: Бори́с Все́володович Гро́мов; born 7 November 1943 in Saratov, Russia) is a prominent Russian military and political figure. From 2000 to 2012, he was the Governor of Moscow Oblast.

He graduated from a Suvorov military cadet school, the Leningrad Military Commanders School and later from the Frunze Military Academy in Moscow, as well as the General Staff Academy.

During the Soviet war in Afghanistan, Gromov did three tours of duty (1980–1982, 1985–1986, 1987–1989), and was best known for the two years as the last Commander of the 40th Army in Afghanistan. Gromov was the last Soviet soldier to leave Afghanistan, crossing on foot the Friendship Bridge spanning the Amu-Daria river on 15 February 1989, the day the Soviet pullout from Afghanistan was completed. He received the highest military award – the golden star of the Hero of the Soviet Union after Operation Magistral had lifted the siege of the city of Khost in eastern Afghanistan.

After the Afghan war, he was chosen as a candidate for Vice President by the Communist Party in the Russian presidential election of 1991 (the candidate for President was former Premier Nikolai Ryzhkov). He served as First Deputy Defence Minister of the Russian Federation. In 1994 Gromov retired from the Russian Military Forces, and was soon appointed deputy Interior Minister. He was elected in 1995 to the State Duma, lower house of Russian parliament. In January 2000 he was elected governor of the Moscow region and re-elected in December 2003. 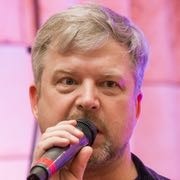