Własnowolski was a pilot for the Polish Air Force in the September Campaign of 1939, flying with 122 Eskadra during the conflict, claiming a Dornier Do. 17 shared destroyed on 2 September.

He was shot down and killed in combat with Bf 109s over Portsmouth on 1 November 1940, and buried in Chichester, England.

There is a poignant memorial to Własnowolski., by the side of the path to Kingley Vale from Stoughton, next to the field where his Hurricane crashed in November 1940.

The contents of this page are sourced from Wikipedia article on 07 Mar 2020. The contents are available under the CC BY-SA 4.0 license.
comments so far.
Comments
From our partners
Sponsored
Reference sources
References
http://en.tracesofwar.com/article/18864/Memorial-Hawker-Hurricane-Fighter-Stoughton.htm
https://books.google.com/books?id=HlSICwAAQBAJ&pg=PT152&lpg=PT152&dq=Polish+Aces+of+World+War+2&source=bl&ots=1MCdf8Zopy&sig=avaOvTREX-ycgiZ6bocPq093OeA&hl=en&sa=X&ved=0ahUKEwj0563hx6vRAhUBcSYKHT6HCn84ChDoAQgrMAM#v=onepage&q=Boles%C5%82aw%20W%C5%82asnowolski&f=false
Trending today in 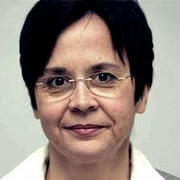