Boleslav Leopoldovich Yavorsky (Russian: Болеслав Леопольдович Яворский; June 22, 1877, Kharkiv – November 26, 1942) was a Russian musicologist, music teacher, administrator and pianist.
Through his teachings and editorial positions he heavily influenced Soviet music theory. However, outside Soviet circles, he has had little impact.

Yavorsky was a friend, mentor and confidant of the composer Dmitri Shostakovich and played an important role in the latter's development. He often used his influence to further Shostakovich's career. 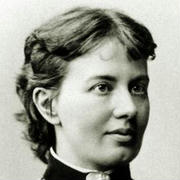