Bohdan Riabets (born 1 November 1991) is a Ukrainian footballer who currently plays with FC Vorkuta in the Canadian Soccer League.

Riabets played in the Ukrainian First League in 2017-18 with FC Avanhard Kramatorsk, where he appeared in six matches. In 2018, he played abroad in the Canadian Soccer League with FC Vorkuta, where he won the CSL Championship.

The contents of this page are sourced from Wikipedia article on 07 Oct 2019. The contents are available under the CC BY-SA 4.0 license.
comments so far.
Comments
From our partners
Sponsored
Reference sources
References
http://fc-avangard.com.ua/12-players/1677-bogdan-ryabets
http://footballfacts.ru/players/2050289
http://canadiansoccerleague.ca/fc-vorkuta/
http://canadiansoccerleague.ca/vorkuta-vorkuta-vorkuta-spells-three-csl-titles/
Trending today in 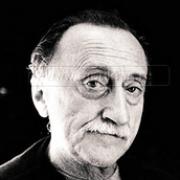