Maglich participated in the discovery of the omega meson, as described in Alvarez's Nobel Lecture:

Although Bogdan Maglic originated the plan for this search, and pushed through the measurements by himself, he graciously insisted that the paper announcing the discovery should be co-authored by three of us who has developed the chamber, the beam, and the analysis program that made it possible.

Between 1963-67, he worked at the European Organization for Nuclear Research (CERN) in Geneva, Switzerland. While conducting research at CERN, he invented the "missing mass spectrometer". With this instrument, his team of French and Swiss physicists reported the discovery of seven mesons.

In 1967, Maglich joined the faculty of the University of Pennsylvania, as well as being visiting faculty at Princeton University. In 1969, he became Professor and Principal Investigator for High Energy Physics at Rutgers University. In 1974, he left academia to pursue his research in the private sector.

Maglich first rose to prominence in his field working on a team at the University of California's Lawrence Radiation Laboratory analyzing liquid hydrogen bubble chamber data from Berkeley's bevatron accelerator. The team, which also included Luis W. Alvarez, Dr. Arthur H Rosenfeld, and M.L. Stevenson, discovered the first solid experimental evidence for the existence of the ω meson resonance. (In 1968, Luis Alvarez was awarded a Nobel Prize for this and related work.)

Maglich's contribution to this discovery led to him receiving the White House Citation from President John F. Kennedy and being named an honorary citizen in Switzerland by the President of the Swiss Confederation.

Toward the end of the 1960s, R. Macek and Maglich proposed "The Principle of Self Colliding Orbits" and the precetron, a self-colliding particle beam accelerator originally proposed for studying pion-pion collisions. Shortly thereafter, in the early 1970s, the precetron design formed the basis for Maglich's "migmatron" concept of a self-colliding ion beam fusion reactor.

In his attempts to raise funding for his migma research, Maglich has been associated with a string of business ventures. In 1974, he formed "MIGMA Institute of High Energy Fusion," Fusion Energy Corp.

From 1985-87, he was CEO and Principal Investigator of Aneutronic Energy Labs of United Sciences, Inc. at Princeton, a research firm also known as "AELabs." It was during this time that Maglich worked under a research grant from the United States Air Force to attempt to develop his migmatron concept into a compact power source for spacecraft with Bechtel Corp. From 1988-93, he was CEO of Advanced Physics Corporation, chaired by Glenn T. Seaborg.

In 1995, Maglich founded HiEnergy Microdevices, which later became HiEnergy Technologies, Inc., a developer and manufacturer of neutron-based bomb detection equipment based on his invention of "atometery".

He continued to occupy various positions with that company until being terminated for cause. 16 months after Maglic's departure, HiEnergy Technologies declared bankruptcy in 2007.

The son of a lawyer and elected member of the Yugoslav Royal Parliament, Maglich (at age 13) and his mother were imprisoned in a Croatian Ustaše (Nazi-affiliated) concentration camp for Serbs, but managed to escape.

The contents of this page are sourced from Wikipedia article on 16 May 2020. The contents are available under the CC BY-SA 4.0 license.
View Bogdan Maglich 's image gallery
Image Gallery 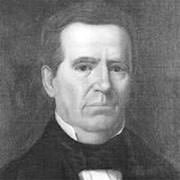