Bogdan Olteanu (born 29 October 1971) is a Romanian politician and lawyer. He was the president of the Chamber of Deputies (the lower house of the Romanian Parliament) between 2006 and 2008.

Olteanu has been a member of the National Liberal Party since 1991, and held various positions in that party. He was elected as deputy for Bucharest in the 2004 elections. In 2005, he was appointed Delegate Minister for Parliamentary Affairs in the Government of Călin Popescu-Tăriceanu.

After Adrian Năstase stepped down from the presidency of the Chamber of Deputies, Olteanu was announced by the governing Justice and Truth alliance as their preferred candidate for the post. On 20 March 2006 he received a majority of 196 votes out of 306.

Olteanu and his wife Cristina have two children, Thea (born 2004) and Alexandru (born 2006). He is the grandson of Communist activist Ghizela Vass.

Child of the Romanian singer Kamara 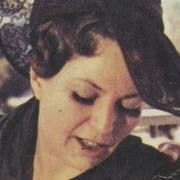