Bodi Alagh Khan (Mongolian: Боди Алаг хаан, 1504–1547) was the Mongol Khan of the Northern Yuan dynasty based in Mongolia.

Bodi Alagh Khan was Turbolad's eldest son and was handpicked by his grandfather Dayan Khan as his successor. However, after the death of Dayan Khan, Bars Bolud Jinong, Dayan Khan's third son, proclaimed himself as the great khan, claiming that Bodi Alagh Khan was too young and too inexperienced to maintain the large Mongol empire, and he was able to rally support from some Mongol populace who feared that after a century of fighting, the unification and prosperity finally achieved by Dayan Khan was to be lost and a more experience leader was needed.

Although Bodi Alagh Khan never officially and formally give up the title of khan, it was not until more than three years later when Dayan Khan's fourth son joined him did he become powerful enough to challenge Bars Bolud Jinong for the crown of khan. Bloodshed was successfully avoided among fellow Mongols when a compromise was reached: Bars Bolud Jinong would give up the crown and Bodi Alagh Khan would be the new Great Khan of Mongols, while his sons were also named as different khans. However, the loss of the crown of Great Khan of Mongol was too much for Bars Bolud Jinong and he soon died afterward. When Bodi died in 1547, he was succeeded by his eldest son, Daraisung Guden Khan. 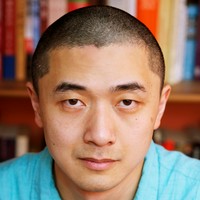 Chinese politician during the Qing dynasty