Events prior to murder

Bobby Kent, the son of Iranian immigrants Fred and Farah Kent (née Khayam), attended South Broward High School in Hollywood, Florida. According to Tim Donnelly, who prosecuted all the conspirators for this murder, one attorney described Kent as "very Eddie Haskell-like. Adults saw him one way (polite and charming) while the kids saw him in a completely different way."

Marty Puccio is an Italian-American, and was raised Roman Catholic. Kent and Puccio had known each other since third grade, had lived on the same block in Hollywood in Broward County since that time, and were good friends as teenagers. Bad blood, however, existed between the two. Puccio felt "ill-will and hatred" towards Kent, who would bully and pummel him.

Both sets of parents were wary of the friendship as well. Puccio's parents, Martin Sr. and Veronica, were concerned because Marty often returned from being with Kent bleeding or covered in bruises. Fred Kent thought of Puccio as a wayward slacker who had no future (Puccio was a high school dropout) and felt the friendship with his son would destroy the future he was helping him build. Frequent gym goers, both boys were rumored to use steroids, which in Kent's case, according to testimonial accounts, significantly contributed to his erratic, aggressive behavior.

Toward the beginning of 1993, Puccio (aged 20) began dating Lisa Connelly (aged 18). Frustrated by how much time Puccio spent with Kent (aged 20) as well as Kent's treatment of Puccio, Connelly tried to distract Kent from Puccio by setting up her friend Alice (Ali) Willis (aged 17) with Kent. Kent and Willis dated for a few weeks, but she ultimately ended the relationship because he was abusive. In June, Puccio confided to Connelly that Kent had been abusive to him quite often over the years. Connelly tried to convince him to end the friendship, but Puccio seemed hesitant. By this time, Connelly knew she was pregnant with Puccio’s child, and was determined to pursue a permanent relationship with him.

Allegedly, Connelly decided that Kent needed to be eliminated permanently, and began talking to Puccio and other friends about murdering him. On July 13, 1993, Connelly called Willis and told her that "Bobby Kent was planning to come to Palm Bay [where Willis was living] to murder her and smother her baby [by a previous relationship], unless she returned to Broward County to date him again." Willis claimed Connelly asked her to come to Connelly's house to discuss murdering Bobby Kent. Willis went to Connelly's house and brought two friends, her current boyfriend, Donald Semenec (aged 17), and Heather Swallers (aged 18).

On the night of July 13, 1993, Puccio, Semenec, Swallers, Connelly and Willis met with Kent. Puccio, Semenec, and Swallers became uncomfortable and left. Connelly and Willis lured Kent to a new development under construction with the promise that he would be able to drive Willis' Mustang 5.0 and have sex with her. Connelly had brought along her mother's pistol, intending to kill Kent while he was distracted by sexual activity with Willis, but was unable to go through with shooting him.

Despite the failed attempt, Connelly still wanted Kent dead. Seeking assistance, she contacted a self-proclaimed "hit man" named Derek Kaufman (aged 20), who had been recommended by a friend of Willis'. The group met Kaufman at his home in Rolling Oaks. They wanted him to get a gun so they could kill Kent that night, but Kaufman told them he couldn't procure a weapon that quickly. Willis, Connelly, Semenec and Swallers then went back to Connelly's house and were joined by her cousin, Derek Dzvirko (aged 19). The group continued to discuss their plans, and ultimately decided to go ahead with murdering Kent the next night, with Kaufman's assistance.

Late on the night of July 14, 1993, the seven joined together at Puccio's house and finalized their plans. Puccio contacted Kent and convinced him to come out with the group that night, with the promise that they would race their cars and that Willis wanted to have sex with him again. The group assembled their weapons: between them, they had two knives, a lead pipe, and a baseball bat. Around 11:30 p.m., they picked Kent up from his home and headed out to a construction site.

When they arrived at the site, Willis—in accordance with the plan—took Kent off to a secluded spot where they were talking. Swallers joined them there. While she and Willis distracted Kent, Semenec came up and stabbed Kent in the neck with a knife, which was the first blow. When Kent asked for Puccio's help, Puccio stuck a knife in Kent’s stomach. Kent yelled out an apology, but Puccio continued to stab him. When Kent tried to flee, Puccio, Semenec, and Derek Kaufman followed him and continued wounding him. Puccio then slit Kent's throat and hit his head against the ground. Kaufman then approached and hit Kent in the head with the baseball bat, which was the final blow. After this, Dzvirko, Semenec, Puccio, and Kaufman helped dump Kent's body on the edge of the shore of the marsh, in the belief that alligators would eat the decaying body.

In the days following the crime, many of the conspirators confessed to various other people. Connelly confessed to her mother, who contacted her sister, Dzvirko's mother. Together, they took Connelly and Dzvirko to see their brother, Joe Scrima, who had friends in the police department and who they thought would know what to do. Scrima's friends put them in touch with Detective Frank Illaraza of the Broward County Sheriff's Office, and a cooperative Dzvirko confessed everything. As proof, he led Illaraza to Kent's body.

The story was also covered during an episode of the A&E series American Justice as well as Forensic Files, and, more recently, Investigation Discovery's Murder Among Friends.

The contents of this page are sourced from Wikipedia article on 10 Aug 2020. The contents are available under the CC BY-SA 4.0 license.
View Bobby Kent 's image gallery
Image Gallery Events prior to murder 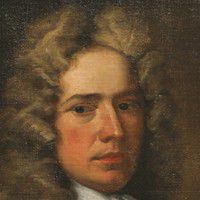