Leonard Davids (March 19, 1926 – February 10, 2002), known as Bob Davids or L. Robert Davids, was an American baseball researcher and writer and the founder of SABR, the Society for American Baseball Research. He wrote numerous freelance articles on baseball for the The Sporting News between 1951 and 1965. When TSN cut its baseball coverage, Davids began his own short-lived baseball publication, Baseball Briefs. He contributed baseball fact boxes to several newspapers, including The Washington Post and Chicago Sun-Times. In 1971, Davids identified approximately 35 others with similar interests in baseball statistics and history – he called them "stathistorians" – and invited them to meet in Cooperstown, New York at the National Baseball Hall of Fame and Museum. Sixteen attended the meeting, and agreed to the formation SABR. Davids was elected the group's first president, an office he held on two other occasions. He also served two 5-year terms on SABR's board of directors, and was actively involved in producing many of the organization's early publications. Davids was also active in SABR's first regional chapter, based in Baltimore and Washington, which was named in his honor.

Born in Kanawha, Iowa, Davids moved to San Diego during World War II where he worked in an aircraft factory. He later enlisted in the Army Air Corps and served two years, including a tour as a B-24 nose gunner in the Pacific. After leaving the military, he attended the University of Missouri where he earned a Bachelor's degree in Journalism and a Masters in History. He subsequently earned a Ph.D. from Georgetown University in International relations.

In 1951 Davids began a 30-year career in federal service, mainly working the field of public information for agencies including the Departments of Defense and Energy, the Atomic Energy Commission, and several members of Congress. During that period, he also contributed numerous articles on Congressional history to Roll Call, a newspaper covering Capitol Hill.

Davids was married to the former Yvonne Revier, and had one daughter. He died of cancer in Washington, D.C., and was buried at Arlington National Cemetery. 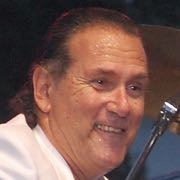