Robert W. (Bob) Carver is an American designer of audio equipment based in the Pacific Northwest.

Educated as a physicist and engineer, he found an interest in audio equipment at a young age. He applied his talent to produce numerous innovative high fidelity designs since the 1970s. He is known for designing the Phase Linear 700, at 350 W per channel the most powerful consumer audio amplifier available in 1972. He went on to found the Carver Corporation in 1979, Sunfire in 1994, and the Bob Carver LLC in 2011 which was sold to Jade Design in June, 2013. However, in December 2013, Bob Carver and Jade Design parted ways.

Carver caused a stir in the industry in the mid-1980s when he challenged two high-end audio magazines to give him any audio amplifier at any price, and he’d duplicate its sound in one of his lower cost (and usually much more powerful) designs. Two magazines accepted the challenge.

In 1985, Stereophile magazine challenged Bob to copy a Conrad-Johnson Premier Four (the make and model was not named then, but revealed later) amplifier at their offices in New Mexico within 48 hours. The Conrad Johnson amplifiers were one of the most highly regarded amplifiers of the day, costing in excess of $6,000 a pair.

Of note that in both cases, the challenging amplifier could only be treated as a “black box” and could not even have its lid removed. Nevertheless, Carver, using null difference testing, (null difference testing consists of driving two different amplifiers with identical signal sources and exact levels, but out of phase by exactly 180 degrees. If the amplifiers were 100% identical, no sound would be heard. If sound was heard, the audio amps had different properties). Bob Carver used "distortion pots" to introduce amplifier characteristics, fine-tuned to null-out any sound differences. His "motel-room" modified amplifier sound was so similar, Stereophile Magazine editors could not tell the difference between his amplifier and one costing more than $6,000. This amplifier was marketed as the M1.0t for about $400.00. Bob Carver may have single-handedly debunked any number of theories about sound quality by using physics, blind and double-blind testing and unbiased measurements (such as "gold-plated speaker wires sound better than copper wires", etc.). Carver successfully copied the sound of the target amplifier and won the challenge. The Stereophile employees failed to pass a single blind test with their own equipment in their own listening room. He marketed “t” versions of his amplifiers incorporating the sound of the Mark Levinson and Conrad Johnson designs which caused him some criticism by those who failed to understand the true nature of the challenge — that it was possible to duplicate an audio amplifier's sound in two completely dissimilar designs. In light of this criticism, Carver went on to design the Silver Seven, the most expensive and esoteric conventional amplifier up to that time and duplicated its sound in his M 4.0t and later models which sold for some 1/40th the price (around $600–$1500).

This also started Carver's departure from the M-series amplifier to the more robust and current-pushing TFM series amplifiers. The TFM amplifiers were designed specifically to drive the demanding load of the Amazing ribbon loudspeakers. The apex of Carver's amplifier line was the Lightstar, which is now a collectors' item. Only approximately 100 of the amplifiers were made. The original Lightstar amplifier, called the Lightstar Reference, featured a dual-monoblock design, with separate power cords for each channel. A later version, called the Lightstar 2.0, featured one power cord & other cost-saving measures to shave approximately $1800 off the retail price. The two are reported to be sonically identical.

Carver also later sued Stereophile magazine for its alleged bias against Carver products. (Stereophile had first filed suit against Carver for reprinting the magazine's copyrighted material without authorization.) The case was arbitrated with neither side awarded damages.

Carver has used some names in marketing which have other technical definitions: 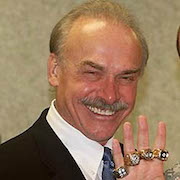