Born in Darrington, Washington, in modest circumstances, Barker enlisted in the United States Navy during World War II. He worked part-time in radio while he attended college. In 1950, he moved to California in order to pursue a career in broadcasting. He was given his own radio show, The Bob Barker Show, which ran for six years. Barker began his game show career in 1956, hosting Truth or Consequences. From there, he hosted various game shows, and the Miss Universe and Miss USA pageants from 1967 to 1987, giving him the distinction of being the longest-serving host of these pageants. He began hosting The Price Is Right in 1972. When his wife Dorothy Jo died of lung cancer at age 57 in 1981, he became an advocate for animal rights and of animal rights activism, supporting groups such as the United Activists for Animal Rights and the Sea Shepherd Conservation Society. In 2007, he retired from hosting The Price Is Right after celebrating his 50-year career on television.

Barker was born on December 12, 1923, in Darrington, Washington, and spent most of his youth on the Rosebud Indian Reservation in Mission, South Dakota. The U.S. Indian Census Rolls, 1885–1940, list Barker as an enrolled member of the Sioux tribe. His mother, Matilda ("Tillie") Valandra (née Matilda Kent Tarleton), was a school teacher; his father, Byron John Barker, was the foreman on the electrical high line through the state of Washington. Barker is one-eighth Sioux.

Barker met his future wife, Dorothy Jo Gideon, at an Ella Fitzgerald concert while he was attending high school in Missouri, and they began dating when he was 15. Barker attended Drury College (now Drury University) in Springfield, Missouri, on a basketball athletic scholarship. He was a member of the Epsilon Beta chapter of Sigma Nu fraternity at Drury. Barker joined the United States Navy Reserve in 1943 during World War II to train as a fighter pilot, but did not serve on active duty. During his time on leave from the military, he married Dorothy Jo on January 12, 1945. After the war, he returned to Drury to finish his education, graduating summa cum laude with a degree in economics.

While attending college in Drury, Barker worked his first media job, at KTTS-FM Radio, in Springfield. He and his wife left Springfield and moved to Lake Worth Beach, Florida, and he was news editor and announcer at nearby WWPG 1340 AM in Palm Beach (now WPBR in Lantana). In 1950, Barker moved to California in order to pursue a career in broadcasting. He was given his own radio show, The Bob Barker Show, which ran for the next six years from Burbank. He was hosting an audience-participation radio show on KNX (AM) in Los Angeles when game show producer Ralph Edwards, who was looking for a new host to replace Jack Bailey on the daytime-television version of his long-running show, Truth or Consequences, happened to be listening and liked Barker's voice and style.

Barker started hosting Truth or Consequences on December 31, 1956, and continued with the program until 1975.

In early 1972, Mark Goodson and Bill Todman began shopping a modernized revival of The Price Is Right to stations, with Dennis James as host. CBS expressed interest in the series, on one condition: instead of James, Barker would be installed as host. After some initial resistance, Barker instead offered to host another upcoming CBS game show, Jack Barry's The Joker's Wild (which had difficulty finding a host and was scheduled to debut the same day as Price) to allow James to host Price, but CBS rejected this proposal.

On September 4, 1972, Barker began hosting the CBS revival of The Price Is Right.

On October 15, 1987, Barker did what other MCs almost never did then: renounced hair dye and began wearing his hair gray, which was its natural color by that time.

After his retirement, Barker made three return appearances to The Price is Right. He first appeared on the episode that aired on April 16, 2009, to promote his new autobiography, Priceless Memories. He appeared in the Showcase round at the end of the show. Barker made another guest appearance on the show to celebrate his 90th birthday, which aired on December 12, 2013. He announced a contestant for the first time ever on the show, along with one showcase. Barker's latest appearance was a surprise appearance on April 1, 2015, for an April Fools' Day switch where he took Drew Carey's place at the show's intro. He hosted the first one bid and pricing game of that day before handing the hosting duties back to Drew, and later appeared during the showcase.

On September 16, 1999, Barker was in Washington, D.C. to testify before Congress regarding captive elephants, vis-à-vis proposed legislation that would ban elephants from traveling shows, such as circuses. While preparing for the presentation, Barker experienced what he called clumsiness in his right hand. He was admitted to George Washington University Hospital and diagnosed with a partially blocked left carotid artery. Barker underwent carotid endarterectomy to remove the blockage. The procedure went well enough that he was able to return to work within the month.

Three years later, Barker had two additional health crises after taping the 30th-season finale of The Price is Right. While lying in the sun on May 30, 2002, he experienced a stroke and was hospitalized; six weeks later, on July 11, Barker underwent prostate surgery. Both hospitalizations occurred at George Washington University Hospital in Washington, D.C. Both surgeries were successful.

Barker had several mild bouts with skin cancer, a result of his frequent tanning. He consulted a dermatologist regularly to make sure any cancers are caught and removed before they spread; they did not pose a threat to his life. During a televised interview, Barker told viewers, "I urge anyone who has spent some time in the sun, whether you're doing it now or not, go to a dermatologist once a year."

On October 20, 2015, two police officers passing Barker's Los Angeles-area home saw him trip and fall on a sidewalk. They called an ambulance that took him to Cedars-Sinai Medical Center, where he received stitches for an injured forehead and was released; he also hurt his left knee.

Barker slipped and hit his head at home on June 19, 2017. His maid drove him to the emergency room, where he was checked and released. His representative said it was not as serious as his earlier fall.

In October and November 2018, he was rushed to the hospital for severe back pain.

In 1994, former model Dian Parkinson filed a lawsuit against Barker alleging sexual harassment following a three-year affair while working on The Price Is Right. Parkinson, who alleged that she was extorted by threats of firing, later dropped her lawsuit, claiming the stress from the ordeal was damaging her health.

In 1995, model Holly Hallstrom left The Price Is Right and later filed suit against Barker, alleging that the reason she was fired was not so much because of her 14 lb medication-mediated weight gain (as documented), but because, to Barker's displeasure, she refused to give false information to the media regarding Parkinson's suit, as she alleges Barker had requested she do. Barker countersued for slander, but Hallstrom prevailed, receiving a settlement in 2005.

In October 2007, Deborah Curling, a CBS employee assigned to The Price Is Right, filed a lawsuit against CBS, Bob Barker and The Price Is Right producers, claiming that she was forced to quit her job after testifying against Barker in a wrongful-termination lawsuit brought by a previous show producer. Curling claimed that she was demoted to an "intolerable work environment" backstage which caused her to leave the job. Curling, who is black, also alleged that the show's producers, including Barker, created a hostile work environment in which black employees and contestants were discriminated against. A few months later, Barker was removed from the lawsuit, and in September 2009, the lawsuit was dismissed. Curling's attorney stated that he planned to appeal the dismissal of the lawsuit. In January 2012, the California Court of Appeals affirmed the dismissal.

Barker has been a vegetarian for over three decades. He has also been an outspoken advocate for a variety of animal rights issues:

In 1982, Barker began ending The Price Is Right episodes with the phrase: "This is Bob Barker reminding you to help control the pet population — have your pets spayed or neutered."

In 1987, Barker requested the removal of fur prizes for the Miss USA pageant, and stepped down as host when the producers refused.

In 1989, Barker and United Activists for Animal Rights publicly accused several media projects and the American Humane Association of animal mistreatment and condoning animal mistreatment, a tactic which resulted in a $10 million suit against him and the UAAR for libel, slander and invasion of privacy.

In 1994, Barker founded DJ&T Foundation, named after his late wife and mother, which has contributed millions of dollars for animal neutering programs and funded animal rescue and park facilities all over the United States.

In 2004, Barker donated $1 million to Columbia Law School to support the study of animal rights.

In 2009, Barker wrote a letter about three businesses in Cherokee, North Carolina, asking them to close their bear exhibits.

In 2009, Barker threatened to not attend the 2009 Game Show Awards, where he was to receive a lifetime achievement award, because Betty White would be attending. Although he previously worked with White, he was feuding with her over the treatment of an elephant at the Los Angeles Zoo. White instead did not attend and pre-recorded her comments that she was scheduled to make about another awardee, Mark Goodson.

In 2010, Sea Shepherd Conservation Society announced that it had secretly purchased and outfitted a ship to interdict Japanese whaling operations in the Southern Ocean using $5,000,000 provided by Barker. The ship was then named the MY Bob Barker, and its existence was first revealed when it helped discover the location of the whaling in Japan.

In 2010, Barker donated $2.5 million to renovate a building for PETA's new office in Los Angeles. The building was opened in 2012.

Film and other TV appearances

Bob Barker has written his autobiography, assisted by former L.A. Times book review editor Digby Diehl, titled Priceless Memories. It was published on April 6, 2009, and features stories from his early life as well as stories and experiences in the 50 years of his television career.

It was also then reported that Barker would appear on The Price Is Right to promote his book. His initial appearance was scheduled for the March 2, 2009, taping. However, the taping was postponed until March 25, due to host Drew Carey's bout with pneumonia. The episode aired on April 16, during which Barker appeared during the Showcases segment to promote the book.

The contents of this page are sourced from Wikipedia article on 29 Nov 2021. The contents are available under the CC BY-SA 4.0 license.
View Bob Barker 's image gallery
Image Gallery Film and other TV appearances 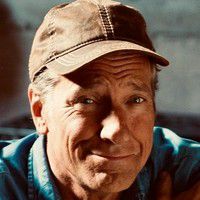