Baffert grew up on a ranch in Nogales, Arizona, where his family raised cattle and chickens. When he was 10, his father purchased some Quarter Horses and he practiced racing them on a dirt track. In his teens, he worked as a jockey for $100 a day in informal Quarter Horse races on the outskirts of Nogales. He moved from there to racing at legalized tracks, scoring his first victory at age 17 in 1970.

Baffert graduated from the University of Arizona's Race Track Industry Program with a Bachelor of Science degree, got married, and began training quarter horses at a Prescott, Arizona farm. By age 20, he had developed a reputation as a trainer and was hired by other trainers to run their stables. In the 1980s, Baffert moved to California and worked at Los Alamitos Race Course, where he switched to training Thoroughbreds. He got his first big break in 1992 when he won his first Breeder's Cup race with Thirty Slews. He became the leading money-winning trainer in the United States four times.

Baffert's history in the American classic races began in 1996 when he trained a three-year-old colt named Cavonnier, who ran second in the Kentucky Derby. In 1997, he trained the gray colt Silver Charm to win the Kentucky Derby and Preakness Stakes, finishing second in the Belmont. Baffert revisited the Derby the next year, sending two top colts, Real Quiet and Indian Charlie, to Louisville. Real Quiet won the race that year, but Baffert also finished third with Indian Charlie. Real Quiet won the Preakness as well, but, like Silver Charm, the horse was denied a Triple Crown win and finished second in the Belmont Stakes by a nose. Baffert, however, became the first trainer in history to win the Derby and Preakness in back-to-back years.

Baffert did not win another classic race until 2001, when he swept the Preakness and Belmont Stakes with eventual Hall of Fame member Point Given. Although he was denied a Derby win that year, he finished third in the race with Congaree. Baffert won the Derby a third time the following year with War Emblem. The colt went on to win the Preakness Stakes, giving the trainer his third shot at winning the Triple Crown. The colt lost the Belmont Stakes after breaking poorly from the starting gate. Baffert did not have a horse hit the board again in any of the Triple Crown races until 2009, when he trained Pioneerof The Nile to a second-place finish in the Derby.

Finally, after waiting eight years, Baffert trained Lookin At Lucky, co-owned by longtime client and good friend Mike Pegram, to win the Preakness Stakes in 2010. The colt skipped the Belmont Stakes but became the champion three-year-old colt that year. In 2012, Baffert saddled Bodemeister, named for the trainer's youngest son, Bode, to second-place finishes in the Derby and Preakness. He saddled Paynter in the Belmont Stakes later that year, but that colt, like his stablemate Bodemeister, finished second.

In 2015, Baffert trained the 2014 champion two-year-old colt American Pharoah to win the Triple Crown, the first to do so in 37 years. He won the 141st Kentucky Derby, bringing his total number of victories in the race to four; Baffert also ran the third-place finisher, the previously undefeated colt Dortmund. American Pharoah next won the 140th Preakness Stakes, making six victories in that race for Baffert, who also finished fourth with Dortmund. Then, when American Pharoah won the 2015 Belmont Stakes, the win was the fourth attempt at a Triple Crown for Baffert, who at age 62 became the second-oldest trainer to win a Triple Crown.

Between 1997 and 1999 he won the Eclipse Award as outstanding trainer three years running and was voted the 1997 Big Sport of Turfdom Award.

Baffert has trained horses that won fifteen American Classic Races, fifteen Breeders' Cup races, three Dubai World Cups and the inaugural Pegasus World Cup. In 2010 Baffert scored a first when Misremembered, a horse he bred, owned by his wife Jill and their friend George Jacobs, won the Santa Anita Handicap, marking Baffert's first Grade I win as a breeder. He also has nine wins in the Santa Anita Derby, nine in the Haskell Invitational Handicap, and fourteen wins in the Del Mar Futurity, a race he won seven straight times from 1996 to 2002, when run as a Grade II event. He also won the race in 2008, 2009, 2011, 2012, 2014, 2016, and 2018 when run as a Grade I event. He has won the Kentucky Oaks three times: first in 1999 with Silverbulletday, who was later selected for the Hall of Fame, then with Plum Pretty in 2011 and lastly with Abel Tasman in 2017. Following Authentic's win the 2020 Kentucky Derby, Baffert tied the record for most Kentucky Derby wins at six. Only Ben Jones, who won Kentucky Derbies between 1938 and 1952, would also score six Kentucky Derby wins as a horse trainer.

Baffert has trained for numerous owners including The Thoroughbred Corporation (Prince Ahmed bin Salman), Golden Eagle Farm (John C. Mabee), the late Bob Lewis and his wife Beverly, Robert and Janice McNair, for whom he trained champions Chilukki and five-time Grade I winner Congaree, and his good friend Mike Pegram, for whom he has trained champions Real Quiet, Silverbulletday, Captain Steve, Midnight Lute, and Lookin At Lucky. In 2014, Baffert teamed with owner Kaleem Shah to win his first Breeders' Cup Classic with Bayern. Most recently, Baffert has trained horses for Zayat Stables, including Pioneerof The Nile, Zensational, Bodemeister, Paynter, and American Pharoah, and for Juddmonte Farms, most notably Arrogate.

Baffert has five children: four from his first marriage to wife, Sherry: Taylor, Canyon, Forest, and Savannah. He married his second wife, Jill, a former television reporter based in Louisville, in 2002. They had a son in 2004 they named "Bode" (/ˈboʊdi/ BOH-dee), after skier Bode Miller. Baffert and his family reside in California.

He appeared in an episode of the TV show Take Home Chef.

Bob survived a heart attack in late March 2012 while in Dubai for a world-class race at Meydan.

Following the 2015 Belmont win, Baffert outlined several charities that he and his wife Jill supported. He had been paid $200,000 to allow The Burger King to stand behind him in the grandstand during the televised broadcast of the Belmont, after having turned down $150,000 to allow the mascot to appear with him at the Preakness. At the post-Belmont press conference, Baffert announced he and his wife would be making substantial donations of $50,000 each to the Thoroughbred Aftercare Alliance, the California Retirement Management Account (CARMA), and Old Friends Equine, all programs for retired race horses; and to the Permanently Disabled Jockey's Fund in memory of a Quarter Horse Jockey named Robert Z. "Bobby" Adair. A friend of Baffert's and an inductee into the American Quarter Horse Association Hall of Fame, Adair died on Preakness Day, May 16, 2015, at the age of 71. Baffert had dedicated American Pharoah's win to Bobby.

The contents of this page are sourced from Wikipedia article on 02 May 2021. The contents are available under the CC BY-SA 4.0 license.
View Bob Baffert 's image gallery
Image Gallery 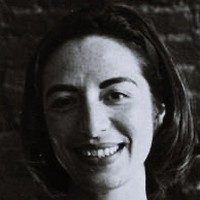 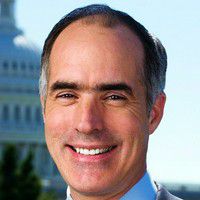