Robert Lee Atkins, Jr. is a former American football defensive back in the National Football League. He played for the St. Louis Cardinals (1968-1969) and for the Houston Oilers (1970-1976). He was born on April 2, 1946, in Modesto, California, and became a native of Atlanta, Georgia. When he was three years old, his parents, U.S. Navy Sailor Robert and Mary Brown Atkins, relocated their family from California to Georgia in 1949. At Luther J. Price High School, he was an exceptional player in three sports, baseball, basketball, and football. After graduating in 1964, Atkins attended Grambling State University, in Grambling, Louisiana. He received a Bachelor of Science degree in Physical Education and Recreation in 1972. In 1986, he received a Master of Education degree from Prairie View A&M University (PVAMU) in Prairie View, Texas.

In 1968, the St. Louis Cardinals drafted Atkins in the second round as a cornerback. After the draft, he played in two major all-star games: January 1968, the 19th Annual Senior Bowl All Star Game, and in August 1968, the College All-Star Game against the National Football League World Champs Green Bay Packers. As a rookie with the Cardinals, Atkins became known for his exceptional speed and his authoritative hits. Playing two years for the Cardinals, Atkins was traded to the Houston Oilers in 1970. During his seven-year tenure with the Oilers, he was respected on and off the field for his achievements. He won numerous game balls for outstanding game performances often cited in national and local media. Retiring from the Houston Oilers in 1976, Atkins pursued other opportunities.

Atkins received recognition from Houston’s Third-Ward Community for his exemplary volunteer service rendered to the Professional United Leadership League (PULL). He worked seven years at PULL with inner-city teens for whom he was a big brother and counselor. He received the “L. J. Price School Athletic Alumni Award” at the school’s 2009 Second Annual Crimson Award Ceremony held in Atlanta, Georgia. He has been commended for scholarly presentations in his fields of expertise at both state and national levels. He is also a member of the NFL Association. On July 8, 2017, Atkins was inducted into the Grambling Legends Hall of Fame. Atkins is married to the former Dottie Winchester of Alexandria, Louisiana. They have a son, Christopher Eliott Atkins, and four grandchildren, Tobias, Simeon, Moorea, and Harysn.

The contents of this page are sourced from Wikipedia article on 16 May 2020. The contents are available under the CC BY-SA 4.0 license.
comments so far.
Comments
From our partners
Sponsored
Reference sources
References
http://www.nfl.com/players/bobatkins/profile?id=ATK415288
https://web.archive.org/web/20160411193537/http://www.databasefootball.com/players/playerpage.htm?ilkid=ATKINBOB01
http://www.booksamillion.com/p/Grambling-State-University-Alumni/Source-Wikipedia/9781156682432
Trending today in 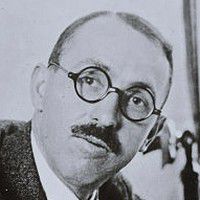