Blessing Okagbare-Ighoteguonor (born 9 October 1988) is a Nigerian track and field athlete who specializes in long jumping and short sprints. She is an Olympic and World Championships medalist in the long jump, and a world medallist in the 200 metres. She also holds the Women's 100 metres Commonwealth Games record for the fastest time at 10.85 seconds. Her 100 m best of 10.79 made her the African record holder for the event until it was eclipsed by Murielle Ahoure in 2016. She was the African 100 m and long jump champion in 2010. She has also won medals at the All-Africa Games, IAAF Continental Cup and World Relays.

Okagbare was born in Sapele, Delta, in Nigeria. Given her athletic physique, teachers and family encouraged her to take up sports. Initially she played football as a teenager at her high school and later, in 2004, she began to take an interest in track and field. She participated in a number of disciplines early on, competing in the long jump, triple jump and high jump events at the Nigerian school championships and winning a medal in each. On the senior national stage, she was a triple jump bronze medallist at the 2004 Nigerian National Sports Festival. Okagbare's first international outing came at the 2006 World Junior Championships in Athletics, where she performed in the qualifying rounds of both the long and triple jump competitions.

As a 19-year-old, she won a bronze medal in the women's long jump event at the 2008 Summer Olympics in Beijing.

Okagbare scored a 100 m/long jump double at the NCAA Women's Outdoor Track and Field Championship for University of Texas at El Paso, completing an undefeated collegiate streak that year. She won the Nigerian 100 m title in 2010, running a time of 11.04 seconds, and stated that she was opting out of the long jump in order to save herself for the upcoming African championships.

At the African Championships in 2010, she won gold in the long jump again with a distance of 6.62 m while her compatriot Comfort Onyali took silver. Okagbare also won gold in the 100 m distance with a run of 11.03 s flat, while Gabon's Ruddy Zang Milama and compatriot Oludamola Osayomi won silver and bronze with runs of 11.15 s and 11.22 s respectively . She won her third gold at the end of the championship as part of the Nigerian 4×100 m women's relay team. The team of Okagbare, Osayomi, Lawretta Ozoh and Agnes Osazuwa set a new championship record with a run of 43.43 s, more than a full second ahead of the silver-winning Cameroonian quartet.

In 2011, Okagbare continued to build on her earlier endeavours by establishing herself as a 100 m runner. At the 2011 World Championships in Daegu, Okagbare placed fifth in the 100 m final with a run of 11.12 s. However she did not make it to the final of the long jump as her best jump of 6.36 m was not enough to get her out of her qualifying group. She concluded her 2011 season by winning three medals at the All Africa Games in Maputo, Mozambique. She won silver in the 100 m behind compatriot Oludamola Osayomi with a run of 11.01 s and gold with in the long jump with a jump of 6.5 0m. She was part of the Nigerian quartet that won gold in the 4 × 100 m with a time of 43.34.

2012 was a busy year for Okagbare. She jumped 6.97 m in the long jump in Calabar during the Nigerian championship. She won new continental medals at the 2012 African Championships in Porto Novo. In the 100 m she was beaten to silver by Zang Milama, while in the long jump she claimed gold with a jump of 6.96 m.

At London 2012, Okagbare participated in her second Olympic Games. Going into the Olympics she had run a number of fast 100 m races and there was much anticipation and hope of a medal. However the 2012 Olympics were not as successful for Okagbare as her 2008 outing. She established a new personal best of 10.92 s in the 100 m semi-final but placed eighth in the final with a run of 11.01 s.

2013 would prove to be a breakthrough year for Okagbare. In April 2013, in Walnut, California, Blessing Okagbare set a personal record in the 200 m with a time of 22.31 s. Then, in July, she improved her personal best in the long jump with successive jumps of 6.98 m at the Athletissima meet in Lausanne, and 7.00 m during the Monaco Herculis meet. On July 27, 2013, at the London Anniversary Games, Okagbare set a new African record of 10.86 s in her 100 m race. She won the final about an hour later, setting a new African record of 10.79, in a race where she beat reigning 100 m Olympic gold medalist Shelly-Ann Fraser-Pryce. Okagbare's record eclipsed the existing record by compatriot Glory Alozie of 10.90 s which had stood since 1998.

At the 2013 World Championships in Moscow, Okagbare won the silver medal in the long jump. Her jump of 6.99 m put her in second place behind Brittney Reese of the United States by only two centimetres. In the 100 m final, she placed sixth with a run of 11.04 s and also placed third in the 200 m race.

She ran the lead off leg in the 4 x 200 m at the 2015 World Relays. The team consisting of Okagbare, Regina George, Dominique Duncan and Christy Udoh, won the race and set an African Record in the process. She did not appear in the 200 metres at the IAAF World Championships or the All Africa Games due to a hamstring injury she sustained while finishing last in the final of the 100 metres at the World Championships. At the end of the season, she did participate in the IAAF Diamond League meet, the Weltklasse Zürich in Zurich, finishing second in the 100 metres. The Director General of Nigeria's National Sports Commission Al Hassan Yakmu was angered by the perceived snub:

"I was shocked when I saw Okagbare competing in the Diamond League in Zurich last Thursday. I was wondering if it was the same Okagbare who refused to compete for Nigeria in the 200m event at the IAAF World Championship in Beijing. She even opted out of Team Nigeria for the All-Africa Games in Congo. Why? I have said it times without number that any athlete who feels too big to compete for Nigeria in the All-Africa Games should not bother about the Rio 2016 Olympic Games. No athlete is bigger than Nigeria.

It was initially reported that Okagbare was banned from representing Nigeria at the 2016 Olympics. The Athletics Federation of Nigeria eventually refuted the claim. Though she opted out of the individual events at the All-Africa Games, she did run in the 4 x 100 m relay and help the Nigerian team (Cecilia Francis, Okagbare, Ngozi Onwumere and Lawretta Ozoh) secure the gold medal.

Blessing had a disappointing show at 2016 Rio Olympics as she finished without a single medal. She never made it to the final but was ranked 3rd in 100m semifinal finishing at 11.09s and ranked 8th with her teammates in the final of 4x100m relay. 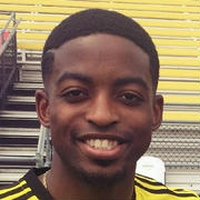 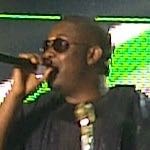