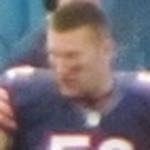 Blake Costanzo (born April 14, 1984) is a former American football linebacker. He was signed by the New York Jets as an undrafted free agent in 2006. He played college football at Lafayette.

Costanzo has also played for the Buffalo Bills, Cleveland Browns, and Chicago Bears.

He is currently an assistant coach at Ramapo High School (New Jersey).

He played high school football at Ramapo High School in his New Jersey hometown as a linebacker and a tight end. He helped lead his team to two state championships. He played linebacker and tight end, and was awarded the Defensive Player of the Year Award. In his high school career, he recorded 210 tackles, 24 sacks, and 11 blocked punts. He was named three times to the All-League first team, as well as the All-Bergen County first team. In 2001, he was named the Defensive Player of the Year after recording 111 tackles, 15 sacks, and five blocked punts.

In 2002, Costanzo recorded 34 tackles and finish fourth among the Leopard freshmen in tackles. He also made two sacks, while leading the team in forced fumbles with two.

In 2004, he was the team's Most Outstanding Linebacker, as he ranked second on the team and seventh in the Patriot League with 93 tackles. He had 5.5 sacks, and recorded 1.5 sacks against Bucknell. Against the Holy Cross Crusaders, he made 12 tackles, forced a fumble, and blocked an extra point. Against the Columbia Lions, he made 11 tackles, a sack and a fumble recovery. Against the Fordham Rams, he recorded a sack vs. Fordham, as well as blocking a fourth-quarter field goal against Colgate, along with recording a sack against Delaware.

Costanzo was signed as an undrafted free agent by the New York Jets in 2006, and was on the practice squad until 2007.

In the 2010 season, Costanzo played in ten games before injuring his groin and being placed on injured reserve.

Costanzo was signed by the San Francisco 49ers in 2011. Costanzo was notable for forcing a fumble in the 2011–12 NFL playoffs against the New Orleans Saints on a kickoff and recovering another, en route to a 49ers 36–32 victory.

Costanzo was signed by the Chicago Bears in 2012 on a two-year deal. General manager Phil Emery commented, "Blake has done some dynamic things as a special teams player, as is evident from his four forced fumbles with one of them in a playoff game against New Orleans this past year."

On June 3, 2014, Costanzo signed a one-year deal to return to the 49ers. He was released later in the year.

The contents of this page are sourced from Wikipedia article on 16 May 2020. The contents are available under the CC BY-SA 4.0 license.
View Blake Costanzo 's image gallery
Image Gallery 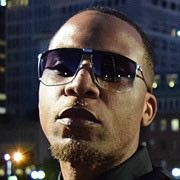