Blagomir Mitrev (Bulgarian: Благомир Митрев) (born 28 May 1972) is a Bulgarian former footballer who played as a midfielder. He most recently served as manager of Vereya.

Mitrev spent his entire career in Bulgaria, earning a silver medal with Neftochimic in 1997. He also collected 8 caps for the junior and made 4 appearances for the senior national team. Following his retirement from the game, he has been involved in various official capacities with Beroe and Neftochimic. He also served as an assistant to Ivan Vutov at Santos from Ouagadougou in Burkina Faso.

On 6 October 2017, Mitrev was appointed as manager of Neftochimic. In January 2018, he was announced as the new head coach of Vereya, succeeding Ilian Iliev. 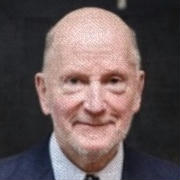 Tsar and Prime minister of Bulgaria