Jovanny Bladimir Nery Vásquez, better known by his stage name Bladimir Vásquez, is a German-Dominican singer, rapper, and songwriter whose music is a mix between Spanish R&B, Reggaetón, and Latin urban pop. He was born in Santiago de los Caballeros, Dominican Republic, on December 20, 1995.

When Bladimir Vásquez was a child, he began to write a few songs and showed great interest in music. At age 13, he made his own music blog and reported on the artists of his homeland in the Dominican Republic by hosting some interviews. Shortly before his 16th birthday, he moved with his parents and siblings to the city of Hamburg, Germany, where he began his solo career and became the popular artist known as Bladimir Vásquez.

Bladimir Vásquez began his artistic career in Germany, where he was recognized for his popular songs and desire to excel in his early days as Bladimir Vásquez. With his music, he visited several German states and performed in some of the best Latin clubs and festivals in Germany. Bladimir Vásquez also performed at concerts and events with artists such as the popular Brazilian MC Fioti (best known for his worldwide hit titled “Bum Bum Tam Tam”). Vásquez has also performed alongside the German rapper PA Sports and many other national and international artists. Because of Vásquez’s continuous astounding performances, he captured the attention of Tobias Topic and later recorded the single “Lucharé”.

At the age of 19, Bladimir Vásquez began posting his songs under his stage name on YouTube. His first studio single was “Te Buscaré”, produced by the Dominican producer Juan Gabriel Payano Luna best known for his collaborations with national and international artists.

Throughout his career, Bladimir Vásquez has collaborated with different DJs, singers and producers in the music industry.

Economist from the Dominican Republic 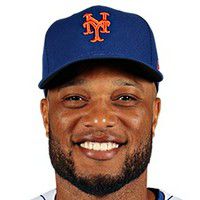