Berhanu Beyeh (born 1938) was a politician in Ethiopia. He was Foreign Minister during the People's Democratic Republic of Ethiopia (1986–1989). Prior to that, he was chairman of the Derg's committee for legal affairs.

Berhanu was born in Gojjam. In 1959 he entered Harar Military Academy as a cadet, and upon graduation was posted to the airborne division in Nazret. Two years later he attended Haile Selassie University, where he studied law. In 1967 he became a lecturer at Harar Military Academy. He joined the Armed Forces Coordination Committee in 1974.

As a captain, Berhanu joined the Derg as the representative of the Military Academy, where he became chairman of the legal committee, and was promoted to Major in April 1976. In this new role, he toured a number of Arab countries in 1976 and stated they all supported the PMAC regime, although aid to Ethiopia from these counties ceased not long after. With Atnafu Abate, he managed to avoid the infamous Derg meeting of 3 February 1977, where a number of Derg leaders, including chairman Lieutenant General Tafari Benti, were killed in an ambush orchestrated by Mengistu Haile Mariam; the Ottaways assume that he "had apparently sided with Mengistu." In late February 1977, he was appointed chairman of the Foreign Affairs Committee. At the beginning of the Ogaden War, when the Soviet Union attempted to mediate peace between Ethiopia and Somalia, Birhanu secretly met with a Somali delegation in Moscow. He led also the Ethopian delegation that facilitated the exchange of Ethopian and Somali prisoners of war in 1988.

On 19 April 1983 Mengistu appointed him Minister of Labor and Social Affairs, and on 12 September 1984 he became a member of the Politburo of the Workers' Party of Ethiopia. On 26 October 1984, Berhanu was appointed chairman of the Aid Coordination Department of the Natural Disaster Relief Committee. He held periodic talks with Eritrean rebels that failed to accomplish much. He was named foreign minister in November 1986. In a cabinet reshuffle in October 1988, Berhana was appointed president of the state council after Amanuel Abdemikael defected to the United States.

Berhanu Bayeh currently resides in the Italian Embassy in Addis Ababa. He has obtained safe haven there after the Ethiopian People's Revolutionary Democratic Front army entered Addis Ababa on May 28, 1991. On 2 June 2004, he killed his fellow Ethiopian refugee, former president Tesfaye Gebre Kidan in a brawl. 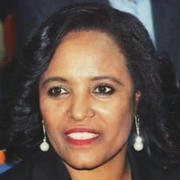