Birger Kildal (15 April 1849 – 13 December 1913) was a Norwegian attorney and businessman. He served as politician with the Liberal Party and was appointed District Governor in Romsdal.

Kildal was born at Christiania (now Oslo), Norway. He was the son of businessman and merchant Peter Wessel Wind Kildal and his wife, Christine Marie Gotaas (1817-1900). He took his law degree in 1871 and first worked as a lawyer in Hammerfest. He later went to work in his father's various commercial and industrial enterprises including Lilleborg Fabrikker which his father had founded in 1833.

During the general election in 1903, he was elected as a representative to the Norwegian Parliament from Christiania, Hønefoss and Kongsvinger. In 1906, Kildal was appointed district governor in Romsdal and held this office until his death.

Birger Kildal was married to Sofienlund Berger (1851-1940). They were the parents of author Arne Kildal.

The contents of this page are sourced from Wikipedia article. The contents are available under the CC BY-SA 4.0 license.
View Birger Kildal 's image gallery
Image Gallery 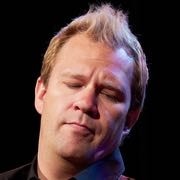