Birendra Nath Datta (Assamese: বীৰেন্দ্ৰনাথ দত্ত; born March 1, 1935) is an Indian academician, a researcher of folklore, a singer and lyricists of Assam. In his career he mainly worked as a professor in different colleges of Assam. He also wrote scholarly books. In 2009, he was awarded the Padma Shri, the fourth highest civilian award, in the "Literature and Education" field and in 2010 he received the Jagaddhatri-Harmohan Das Literary award. Datta was elected as the president of Asom Sahitya Sabha for North Lakhimpur Session, 2003 and Hojai Session, 2004

Datta was born on 1 March 1935 at Nagaon, Assam to Kalpanath Datta, a school teacher and Mandakini Datta. Their original home is in Panara village, near Baihata Chariali.

He started his education at Cenikuthi L.P. School at Guwahati and then studied at Goalpara. In 1933 Datta secured ranks among the top 10 in both Matriculation and I.Sc examinations under Gauhati University. Then he came to Visva Bharati, Santiniketan to study Bachelor of Arts and later studied Master of Arts from Gauhati University in Economics.

In 1957, Datta started his career as a lecturer at B. Barooah College. In 1964, he joined Pramathesh Barua College at Gauripur in lower Assam as the founder principal. He worked as the principal in two other colleges as well, which were named Goalpara College and Pandu College.

In 1974, he obtained his Ph.D degree in folklore under the supervision of Prafulladatta Goswami. 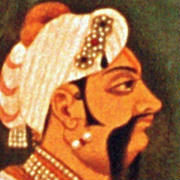