On 8 December 2021, Rawat died in the crash of an Indian Air Force Mi-17 helicopter in Tamil Nadu. He was accompanied by his wife Madhulika Rawat and members of his staff, who were also killed in the crash.

Rawat was born in Pauri town of Pauri Garhwal district, modern-day Uttarakhand state, on 16 March 1958. His family had been serving in the Indian Army for multiple generations. His father Laxman Singh Rawat was from Sainj village of the Pauri Garhwal district and rose to the rank of Lieutenant General. His mother was from the Uttarkashi district and was the daughter of Kishan Singh Parmar, the ex-Member of the Legislative Assembly (MLA) from Uttarkashi.

Rawat attended Cambrian Hall School in Dehradun and the St. Edward's School, Shimla. He then joined the National Defence Academy, Khadakwasla and the Indian Military Academy, Dehradun, where he was awarded the 'Sword of Honour'.

Rawat was also a graduate of the Defence Services Staff College (DSSC), Wellington and the Higher Command Course at the United States Army Command and General Staff College at Fort Leavenworth, Kansas. From his tenure at the DSSC, he obtained an MPhil degree in Defence Studies as well as diplomas in Management and Computer Studies from the University of Madras. In 2011, he was awarded a honorary doctorate by CCS University, Meerut for his research on military-media strategic studies.

Rawat was commissioned into the 5th battalion of 11 Gorkha Rifles on 16 December 1978, the same unit as his father. He has much experience in high-altitude warfare and spent ten years conducting counter-insurgency operations.

He commanded a company in Uri, Jammu and Kashmir as a major. As a colonel, he commanded his battalion, the 5th battalion 11 Gorkha Rifles, in the eastern sector along the Line of Actual Control at Kibithu. Promoted to the rank of brigadier, he commanded 5 Sector of Rashtriya Rifles in Sopore. He then commanded a multinational brigade in a Chapter VII mission in the Democratic Republic of the Congo (MONUSCO), where he was twice awarded the Force Commander’s Commendation.

After promotion to major general, Rawat took over as the General Officer Commanding 19th Infantry Division (Uri). As a lieutenant general, he commanded III Corps, headquartered in Dimapur, before taking over the Southern Army in Pune.

He was the third officer from the Gorkha Brigade to become the Chief of the Army Staff, after Field Marshal Sam Manekshaw and General Dalbir Singh Suhag. On his visit to the United States in 2019, General Rawat was inducted to the United States Army Command and General Staff College International Hall of Fame. He was also the honorary General of Nepalese Army. It has been a tradition between the Indian and Nepali armies to confer the honorary rank of General to each other's chiefs to signify their close and special military ties.

During the 1987 Sino-Indian skirmish in the Sumdorong Chu valley, then Captain Rawat's battalion was deployed against the Chinese People's Liberation Army. The standoff was the first military confrontation along the disputed McMahon Line after the 1962 war.

Rawat commanded MONUSCO (a Multinational Brigade in a Chapter VII mission in the Democratic Republic of the Congo). Within two weeks of deployment in the DRC, the Brigade faced a major offensive in the east which threatened not only the regional capital of North Kivu, Goma, but stability across the country as a whole. The situation demanded a rapid response and North Kivu Brigade was reinforced, where it was responsible for over 7,000 men and women, representing nearly half of the total MONUSCO force. Whilst simultaneously engaged in offensive kinetic operations against the CNDP and other armed groups, Rawat (then Brigadier) carried out tactical support to the Congolese Army (FARDC), sensitization programmes with the local population and detailed coordination to ensure that all were informed about the situation and worked together in prosecuting operations whilst trying to protect the vulnerable population. This hectic period of operational tempo lasted a full four months. Goma never fell, the East stabilized and the main armed group was motivated to the negotiating table and has since been integrated into the FARDC. He was also tasked to present the Revised Charter of Peace Enforcement to the Special Representatives of the Secretary-General and Force Commanders of all the UN missions in a special conference at Wilton Park, London, on 16 May 2009.

In June 2015, eighteen Indian soldiers were killed in an ambush by militants belonging to the United Liberation Front of Western South East Asia (UNLFW) in Manipur. The Indian Army responded with cross-border strikes in which units of the 21st battalion of the Parachute Regiment struck an NSCN-K base in Myanmar. 21 Para was under the operational control of the Dimapur based III Corps, which was then commanded by Rawat.

Bilateral visits as Chief of the Army Staff

On 15 September 2021 while speaking at an event in the capacity of the CDS at the India International Centre in New Delhi, General Rawat touched upon the theory of 'clash of civilisations' with regards to the western civilisation and China's growing relations with countries like Iran and Turkey. The next day, on 16 September 2021, India's Minister of External Affairs S. Jaishankar conveyed to his Chinese counterpart that India does not subscribe to any 'clash of civilisations' theory.

In 1985, Rawat married Madhulika Rawat. A descendant of an erstwhile princely family, she was the daughter of Kunwar Mrigendra Singh, sometime Riyasatdar of the pargana of Sohagpur Riyasat in Shahdol district and an Indian National Congress MLA from the district in 1967 and 1972. The couple had two daughters, Kritika and Tarini.

On 8 December 2021, Rawat, his wife and other senior army officers were amongst 10 passengers and 4 crew members aboard an Indian Air Force Mil Mi-17 helicopter that was on its way from the Sulur Airforce base to the Defence Services Staff College (DSSC), Wellington, where Rawat was to deliver a lecture. The helicopter crashed in Coonoor, Tamil Nadu, approximately 10 kilometres (6.2 mi) from its destination. Rawat's death – and those of his wife and 11 others – was later confirmed by the Indian Air Force. Rawat's liaison officer was the sole survivor. Rawat was 63 at the time of his death.

The contents of this page are sourced from Wikipedia article on 09 Dec 2021. The contents are available under the CC BY-SA 4.0 license.
View Bipin Rawat 's image gallery
Image Gallery 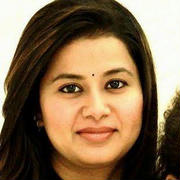