An academy graduate of Olympique de Marseille, he also had a loan spell at Arles-Avignon before moving to Romania with CFR Cluj in 2016.

Omrani joined Olympique de Marseille in 2007, after stints with two amateur clubs in the Moselle area. On 19 March 2011, he signed his first contract as a professional after agreeing to a three-year deal.

Omrani was subsequently promoted to the senior squad by manager Didier Deschamps for the 2011–12 season, being assigned the number 25 shirt. He made his professional debut on 2 October in a league fixture against Brest, entering as a substitute in the 1–1 draw.

Omrani moved abroad for the first time in September 2016, signing a contract with Romanian team CFR Cluj. He recorded his first goal on the 17th that month, in a 5–0 league thrashing of FC Voluntari.

Omrani made 31 appearances and scored nine times in all competitions in the 2017–18 campaign, as "the White and Burgundies" won their fourth national title. On 8 July 2018, amid reports linking him to FCSB, CFR announced that he penned a contract extension that would keep him at the club for another three years. Six days later, Omrani obtained the penalty from which Emmanuel Culio scored the only goal of the 2018 Supercupa României played against Universitatea Craiova.

Omrani is a France youth international, having represented the nation at under-17 and under-18 levels. With the former side, he played at the 2010 UEFA European Under-17 Football Championship.

Of Algerian descent, he is also eligible to represent Algeria at international level and, in October 2011, he was called up to the Algeria under-23 team to participate in friendly matches ahead of the 2011 CAF U-23 Championship. However, the report of a call-up was deemed erroneous due to a misunderstanding between the team's coach and the Algerian media. The latter assumed the coach was calling up Omrani when he was, in fact, calling up another French-born player of Algerian origin who also played for Marseille.

In February 2013, Omrani was invited by Algeria under-20 national team coach Jean-Marc Nobilo to be a member of the team for the 2013 African U-20 Championship, but he declined the offer. 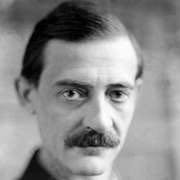