William "Bill" Torrance (born 13 May 1946) is a Scottish broadcaster and entertainer who is known for hosting The Beechgrove Garden on BBC Scotland throughout the 1990s, Torrance is currently a presenter on Dundee radio station Tay 2.
In addition to Tay 2, Torrance also presents for NORTHSOUND 2 on Sunday afternoons.
A man of many talents, for more than two decades now, Torrance has hosted Scotland's longest running stage show - Jamie's Scottish Evening - at the Thistle Edinburgh hotel. Jamie's Scottish Evening is more than just a show, with his expertise, Torrance makes this evening not only entertaining, but a cultural lesson in Scottish history - concluding with his presentation of Robert Burns' "Ceremony to the Haggis" which he also hosts at Blair Castle twice yearly.
Not limited to stage and radio, Torrance has a long history of background "voice over" which includes recording commercials for not only radio, but also television, business presentations, composing music on-hold, public service announcements, event announcements, telephone voice overs, and audio book narration. Torrance is able to portray voice ages of young adult, middle age, and senior. He has delighted audiences the world over with his many character voices and public appearances
Torrance is also an Honorary Vice President of the Scottish Society for Prevention of Cruelty to Animals (SSPCA) which he supports and actively campaigns for improved animal welfare standards. The SSPCA is Scotland's animal welfare charity. The main objectives of the SSPCA is to prevent cruelty to animals and promote kindness and humanity in their treatment. Over the years, he has played a major role in shaping government policy and raising public awareness of animal welfare issues by working with the media and other organisations. 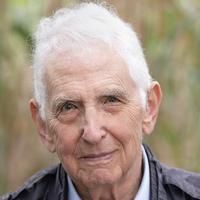