Bill Rauch (born 1962) became the fifth artistic director of the Oregon Shakespeare Festival in June 2007. He is responsible for selecting eleven plays each season as well as their directors, design teams and cast. Usually, he directs two of the plays himself.

Rauch graduated from Harvard College, United States, in 1984 where he was a recipient of the Louis Sudler Prize for outstanding graduating artist. Rauch has directed plays at South Coast Repertory, the Mark Taper Forum, Yale Repertory Theatre, Guthrie Theater, Lincoln Center Theater, Arena Stage, Oregon Shakespeare Festival and many others. He co-founded the community-based, touring Cornerstone Theater Company which now resides in Los Angeles. He was Cornerstone's artistic director from 1986 to 2006, during which time he directed over forty plays. He has taught at University of California, Los Angeles, University of Southern California, California State University, Los Angeles and the University of California, Irvine as a Professor of Directing and Community Based Theater.

Rauch is the recipient of the 2009 Margo Jones Award, founded by Inherit the Wind authors Jerome Lawrence and Robert Edwin Lee and presented annually by Ohio State University. The award honors “that citizen-of-the theatre who has demonstrated a significant impact, understanding, and affirmation of the craft of playwriting, with a lifetime commitment to the encouragement of the living theatre everywhere.” In 2010, he received the Theatre Communications Group Visionary Leadership Award. Other honors include a United States Artists Prudential Fellowship, Emmy and Ovation nominations, and Garland, Connecticut Critics Circle, Drama-Logu, Garland, Helen Hayes and “Leadership for a Changing World” award. Rauch was the 2012 recipient of the $5000 Zelda Fichandler Award given by the State Directors and Choreographers Foundation that recognizes past work, future promise, and commends community commitment

In 2015 Rauch was named a Ford Foundation Art of Change Fellow.

As visiting director at the Oregon Shakespeare Festival, Rauch directed Handler (2002), Hedda Gabler (2003), The Comedy of Errors (2004), By the Waters of Babylon (2005) & The Two Gentlemen of Verona (2006). In his first six years as artistic director, he personally directed The Clay Cart & The Further Adventures of Hedda Gabler (2008), Equivocation & The Music Man (2009), Hamlet & The Merchant of Venice (2010), Measure for Measure & Pirates of Penzance (2011), and All the Way & Medea/MacBeth/Cinderella (2012). Known as a risk-taker, he is moved by programming that combines Shakespeare, other classics, contemporary work, and plays commissioned for the company. His vision for OSF includes classical musicals and important plays outside the Western Canon, leading to the selection of the Sanskrit The Clay Cart, and the Chinese White Snake for production. He is reaching out to youth and is committed to continuing OSF's reputation for fostering new work with the production of at least one new play per season. He initiated the Black Swan Lab for experimental work. Most ambitious of all, he launched American Revolutions: the U.S. History Cycle. Inspired by Shakespeare’s history plays and funded in part by grants from the Andrew W. Mellon, Collins Family, and Paul G. Allen Family Foundations, the goal is to develop 37 new plays about momentous changes in U.S. history.

and concluded on June 29, 2014. Rauch directed All the Way at OSF in 2012 and OSF had commissioned the original play during Rauch's tenure as Artistic Director of OSF. 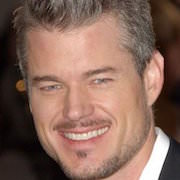 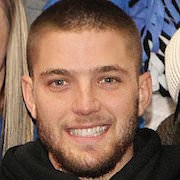