Bilawal Bhutto Zardari (born 21 September 1988) is a Pakistani politician and the current chairman of the Pakistan Peoples Party. He became a member of the National Assembly of Pakistan on 13 August 2018.

Bilawal Bhutto Zardari was born in Karachi on 21 September 1988 to former Prime Minister of Pakistan Benazir Bhutto and her husband, former President of Pakistan, Asif Ali Zardari. He is the maternal grandson of former President and Prime Minister of Pakistan, Zulfikar Ali Bhutto and his wife Nusrat Bhutto. His paternal grandfather, Hakim Ali Zardari, was a politician and a member of the National Assembly of Pakistan. From his mother's side, he is the nephew of politicians Murtaza Bhutto and Shahnawaz Bhutto, and from his father's side, his aunts are politicians Azra Peechoho and Faryal Talpur. Politician Ghinwa Bhutto is his aunt by marriage, and poet Fatima Bhutto, is his cousin. He is of Sindhi, and of partial Irani-Kurdish descent on his maternal side and Baloch descent on his paternal side.

For early education, Bilawal attended Karachi Grammar School in Karachi, Froebels International School in Islamabad before going into exile in 1999 along with his mother. In Dubai he attended the Shaikh Raashid School. For further studies, he followed in the footsteps of both his mother and his grandfather and applied to Oxford University, where he was accepted to read Modern History and Politics at Christ Church, receiving his degree in BA 2012 (later promoted to an MA by seniority).

Bilawal Bhutto Zardari was appointed as a Chairman of PPP, on 30 December 2007, at the age of 19. On this occasion he recalled his martyred mother "My mother always said that democracy is the best revenge".

On 28 June 2018, PPP, under Bilawal Bhutto Zardari became the first political party to unveil its election manifesto for the 2018 General Elections. This was the 10th manifesto by the party and was titled, 'Bibi ka Waada Nibhaana Hai Pakistan Bachana Hai' (We have to fulfill Benazir's promise and save Pakistan). At an event unveiling the manifesto, Bilawal said that if given the opportunity, the party would focus on implementing a poverty eradication programme. PPP kicked off its election campaign on 30 June 2018, as Bilawal inaugurated their election office in Lyari, Karachi.

In the Pakistan General Elections held on 25 July 2018, Pakistan Peoples Party, under the leadership of Bilawal Bhutto Zardari, contested the elections and emerged as the largest party in Sindh and third largest party of Pakistan. The party won 43 seats in the National Assembly - nine more seats than in 2013 General Elections. Bilawal contested from Karachi District South (NA-246), Malakand (NA-8) as well as Larkana (NA-200). Bilawal won from Larkana with 84, 426 votes, having lost from two of the other constituencies to PTI candidates.

The PPP scion claimed that rigging took place before and after the elections, adding that across Pakistan polling agents were expelled from the polling stations. "We are a part of the parliament to support the democratic we will ignore the discrepancies in the election," he remarked, demanding a probe into rigging allegations.

Member of the National Assembly

On 13 August 2018, Bilawal Bhutto Zardari became a member of the National Assembly of Pakistan. In his first speech in the parliament on 17 August 2018, he was proud to be elected member of the prestigious house. Journalists, Politicians and people of Pakistan were all praise for the Pakistan Peoples Party (PPP) Chairman Bilawal Bhutto Zardari after he delivered his maiden speech in the parliament. In his speech, he asked Imran Khan to fulfill his promise of rooting out corruption, resolving water crisis and providing one billion jobs and 5 million houses to the people during his tenure.

The speech received positive reception from both, mainstream and social media, as well as other prominent politicians, and marked a significant moment in Bilawal's emergence as a politician. This is the speech where Bilawal coined the term 'PM Select' for Imran Khan who sworn in as Prime Minister Pakistan after a controversial General Elections of 2018. He also said that Imran Khan is the prime minister of ‘donkeys’ and ‘living corpses’ as used to refer to people of Pakistan before becoming the Prime Minister.

On 5 March 2019, Bilawal was elected – unopposed - as the chairperson of the National Assembly Standing Committee for Human Rights. In its first meeting on 18 April 2019, the committee deliberated on The ICT Rights of Persons with Disability Bill, 2018, moved by the ministry and The National Commission on the Status of Women (Amendment) Bill, 2018.

Bilawal Bhutto Zardari has repeatedly criticized the One Unit system and warned against any attempt to bring in the presidential system, explaining that it will not be in the interest of democracy. During a press talk at a conference on 27 April 2019, he stated, "Presidential system is neither in the interest of the country nor the federation and all democratic forces will resist any such move," adding that the presidential form of government had failed wherever it had been enforced. "There is no provision in our laws for conducting referendum."

Advocacy for Freedom of Expression

A devout advocate for democracy, Bilawal has repeatedly denounced censorship and likened any forms of curbing media freedom to living under a dictatorship. Bilawal Bhutto Zardari made a speech at the Karachi Press Club on World Press Freedom Day where he said, "An undeclared censorship is stifling the freedom of expression in Pakistan and journalists are coming under threat from state and non-state actors. He added, "Journalists and media persons as human rights defenders suffer the most when freedom of expression is stifled. After the right to life, the most important right is the right of expression and the freedom of association because all other rights cannot even be articulated without it."

During the speech, he also to criticized the Prevention of Electronic Crime Act 2016 and stated that it had been misapplied to stifle dissent.

Bilawal Bhutto is a strong advocate of "peaceful, progressive, prosperous, democratic Pakistan", what he calls his mother's vision. In an interview with the BBC, Bilawal said that his 2018 election campaign was to implement these principles. He is a strong supporter of women's empowerment and believes in empowering women and taking them on board in all matters is the sole guarantee of country's progress.

On the occasion of International Day of the Girl Child, the PPP chairman said that a future based on progress and prosperity could remain a dream without empowering girls and taking them on board in all matters. Bilawal Bhutto Zardari acknowledged all those women who stepped forward in all sections of life and field while defeating many impediments at every level and social taboos. He specifically named Fatima Jinnah, Shaheed Mohtarma Benazir Bhutto, Asma Jehangir and Maryam Mukhtar.

On 17 March 2019, Bilawal met with a delegation of women's rights activists led by Sheema Kirmani and assured his support for their cause. A statement released by Bilawal House later said that his party would not tolerate any offence against the struggle for gender equality and women's rights. The statement went further to read, "The PPP chairman extended his enduring support to the members of the Aurat March and its activists who are struggling for their genuine and legitimate rights as enshrined in the unanimous constitution of Pakistan."

Bilawal has also advocated for the abolishment of child marriages in Pakistan. The Sindh government under PPP abolished child marriages by making the legal marriage age eighteen years in the province under the Sindh Child Marriages Restraint Act, 2013. Bilawal as member of opposition in the National Assembly has also advocated that the legal marriage age should be made eighteen years across the country. On 4 May 2019 he tweeted, "UAE marriage age is 18, Indonesia is 18 and Turkey is also 18. Are they not Muslim countries? In Sindh where marriage age is 18, we saw how law stopped an adult marrying a 10-year-old! Every 20 minutes a girl dies in Pakistan as a result of underage pregnancy. #EndChildMarriage."

Bilawal Bhutto has repeatedly defended the rights of minorities in Pakistan. On 4 December 2012, in a statement responding to reports about demolition of a Hindu temple in Karachi and a desecration of an Ahmadia graveyard in Lahore he said, "Our forefathers did not sacrifice their lives for an intolerant, extremist, sectarian and authoritarian Pakistan. I appeal to all of you to rise up and defend Jinnah’s Pakistan. My party and I will stand by you, shoulder to shoulder."

During a cake cutting ceremony for Christmas in Karachi, on 25 December 2018, Bilawal said, the PPP is the custodian of social justice, parity, religious and interfaith harmony in the country and its advocacy for the prevalence of peace and tranquility across the world is heavily established.

At the memorial for the 7th death anniversary of former Federal Minister of Interfaith Harmony, Shahbaz Bhatti on 3 March 2018, Bilawal said, "May I take this opportunity to say that we share the concerns over the misuse of blasphemy laws. This is the concern of not only the Christian community but of all of us. It is my concern too. These laws have been used as a tool by extremists to settle personal scores. They have been used to grab properties of Christians and other non-Muslims. The blasphemy laws carry mandatory death penalty. We must prevent their misuse. We will."

On 20 September 2014, while speaking to party workers in Multan, Bilawal said, "I will take back Kashmir, all of it, and I will not leave behind a single in of it because, like the other provinces, it belongs to Pakistan." The statement was to be the first marking his stance on the Kashmir issue and remarked upon widely in local and international media.

On 6 February 2019, Bilawal met with the Kashmir Council in Washington to express solidarity with the people of Kashmir. During the meeting, he assured the delegation that he would continue to raise voice against the brutalities of Indian forces against innocent and unarmed Kashmiri people at every available forum both nationally and internationally. He said that loyalty to the cause of Kashmir was in his blood and he would stand with the people of Indian-Held Kashmir in their just struggle for right to self-determination and freedom from illegal and immoral Indian occupation.

On 18 February 2018 while addressing a function in Washington, Bilawal said that there is a growing increase in terrorism in Pakistan and that democracy can win over extremism, but the biggest battle is of ideologies. "The battle is between modernity and extremism."

Bilawal has also repeatedly criticised the government's resistance of implementing the National Action Plan, which he deems resistance to democracy and peace in the nation. He has also demanded the removal of three federal ministers accusing them of having connections with banned militant outfits. On 7 March 2019, during a provincial council meeting, Bilawal said, "I demand a joint parliamentary committee for implementation of National Action Plan and removal of all three federal ministers for their connection with extremist organisations. If our demands are not met, we will not support the government any move."

The contents of this page are sourced from Wikipedia article on 06 Feb 2020. The contents are available under the CC BY-SA 4.0 license.
View Bilawal Bhutto Zardari 's image gallery
Image Gallery 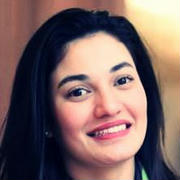 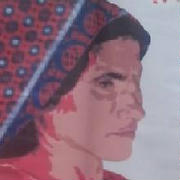