Bianca Classen (born 6 February 1993, née Heinicke), better known by her YouTube channel name BibisBeautyPalace, is a German fashion and beauty YouTuber. As of August 2018 she has over 5.6 million subscribers on YouTube.

Classen began making her videos in December 2012. Her videos focus on hair, makeup, fashion, travel, lifestyle and challenges. In 2014, she won an award in the Beauty, Fashion, and Lifestyle category at the Play Awards. As of 2017, she had the fourth most popular YouTube channel in Germany.

In May 2015, she launched her own cosmetics called "Bilou".

Classen grew up in Cologne, North Rhine-Westphalia, Germany. After receiving her Abitur, she went to college to study social sciences, but later left in order to focus on making YouTube videos.

She is married to the German YouTuber, Julian Classen "Julianco"; after a 10 year relationship, they married on September 12, 2018. In May of 2018 she announced that she was pregnant.

The contents of this page are sourced from Wikipedia article on 02 Aug 2019. The contents are available under the CC BY-SA 4.0 license.
comments so far.
Comments
From our partners
Sponsored 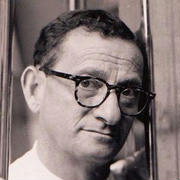