Murder of Bianca Devins
The basics

Bianca Michelle Devins (October 2, 2001 – July 14, 2019) was a teen from Utica, New York who was stabbed to death on July 14, 2019, after attending a Nicole Dollanganger concert. The case gained international interest as images of Devins' mutilated corpse were shared on the Internet.

Initial reports focused on depictions of Devins as a social media star; though later details suggested media coverage may have exaggerated the teen's notoriety as follower counts prior to the virality of images of her death indicated a modest following. Though early online discussion speculated Devins was killed by an online stalker, Oneida County prosecutors believe Devins was murdered by an individual she had met online, who to some degree had a real world relationship with her. Utica Police and prosecutors suspected the murderer acted out of jealousy over Devins showing romantic interest in another man.

After the murder, the suspect took pictures of the victim's bloodied body and posted it to Discord and his own Instagram page. Images of Devins' corpse were widely shared on social media, with the hashtag #RIPBianca. The photos gained traction on 4chan where many users mocked her death, saying she "deserved it" and praising the killer while depicting Devins as a manipulative young woman. The alleged murderer and his victim had become acquainted via Discord, a chat app, and had apparently become friends before the stabbing. The murder sparked news attention to violence by young, Internet-obsessed men, and the concepts of "orbiters", a term referring to young men with unrequited crushes, and "e-girls", a general term applied to young women with a considerable online presence. It also brought attention to the issue of perpetrators of violent crimes posting their graphic acts on social media platforms. The crime has been discussed as a case of domestic violence against women caused by toxic masculinity.

On July 29, 2019, Brandon Clark, the murder suspect, 21 at the time, pleaded not guilty to second-degree murder. The same day, Facebook terminated Clark's social media accounts and added images of the murder to a digital fingerprint database to prevent further distribution. The hashtag #yesjuliet was also blacklisted, while the Discord server that shared the corpse photo was terminated. On February 10, 2020, the accused changed his plea to guilty.

Devins was a recent high school graduate who had planned to attend Mohawk Valley Community College in Utica.

The contents of this page are sourced from Wikipedia article on 18 Aug 2020. The contents are available under the CC BY-SA 4.0 license.
View Murder of Bianca Devins 's image gallery
Image Gallery 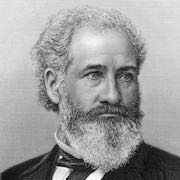