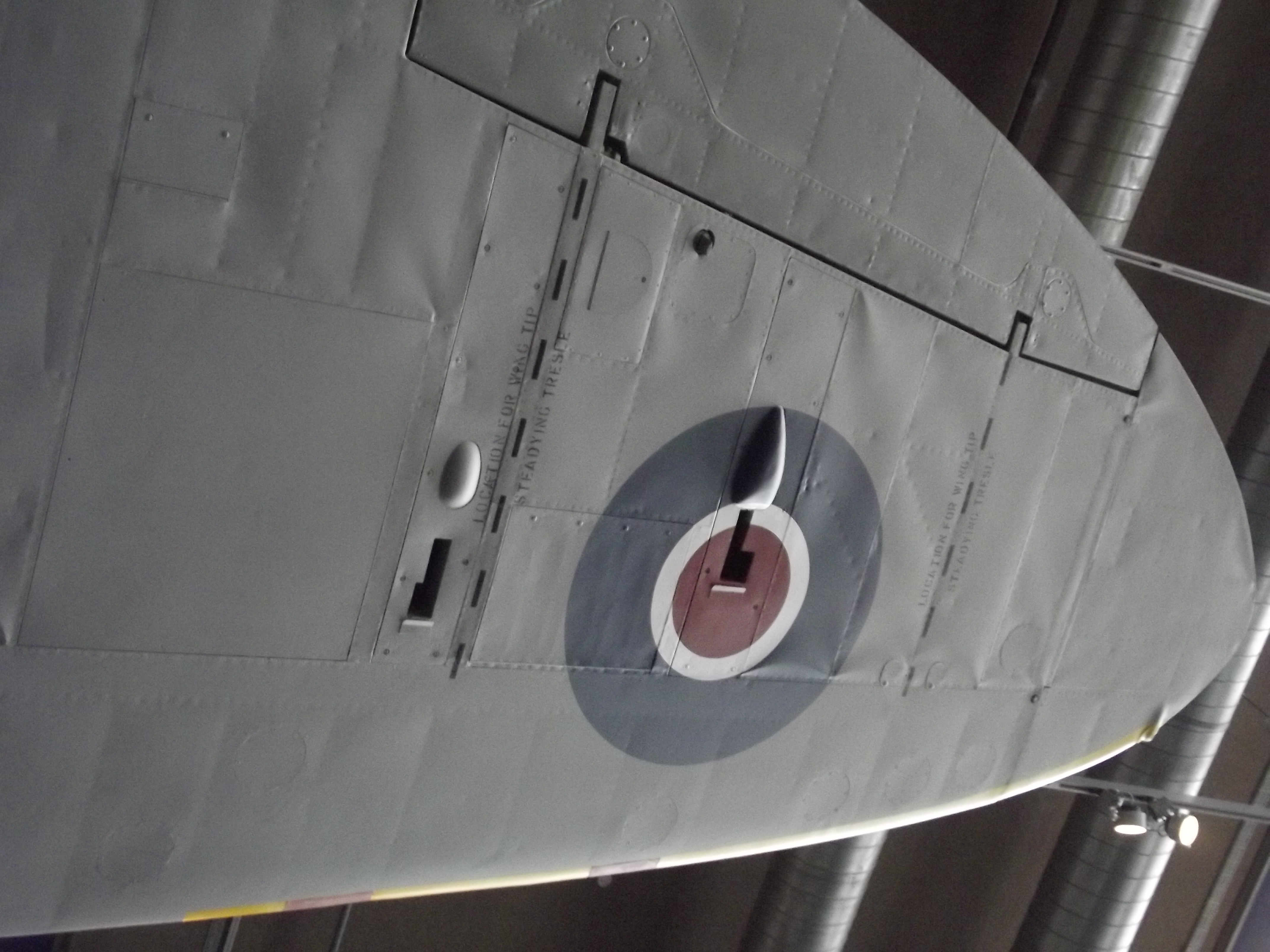 Beverley Strahan Shenstone was born on 10 June 1906 in Toronto, Ontario Canada. He was the eldest child of Saxon T. Shenstone and Kitty Alison née Paterson, and the nephew of Allen Shenstone. His father died on Christmas Day 1915, leaving Beverley and his two younger brothers to be brought up by Kitty and their paternal grandfather, Joseph Newton Shenstone. The young Shenstone was taught by his uncles to sail. He designed, built and raced model yachts. As an undergraduate in 1927 he undertook a canoeing expedition throughout the waterways of South and South West England. At the end of this tour, he worked for few weeks in an Air Ministry laboratory located in the basement of the London Science Museum. He graduated from the University of Toronto in 1928 with a degree in Engineering, which was followed by master's degree research into flying boat stability supervised by Professor John H. Parkin. In June 1929 he learned to fly under an RCAF cadetship, going solo in under 10 hours which earned him a permanent RCAF commission. In an era when most aircraft were still fabric covered wooden biplanes, Shenstone realised that metal monoplanes were the future and that German industry was leading that field. He applied for a job with Dornier in Friedrichshafenbut was unsuccessful. Perseverance and useful contacts paid off, with the assistance of Parkin and Captain M.C. Christie (the British Air Attache in Berlin) he got a position with Junkers in November 1929 at Dessau.

He worked for a year at Junkers learning metal working techniques such as panel beating and riveting, He worked in technical departments such as the engine workshop and the. He also studied the all wing theories of Hugo Junkers Shenstone worked with Yoshihara Seiji on preparing the latter's Junkers Junior for its flight from Dessau to Tokyo in August 1930.

In the summer of 1930 Shenstone learnt to glide at the Wasserkuppe. This was the premier gliding centre in Europe at the time. There he met Geoffrey Hill and Alexander Lippisch both pioneers of all wing aircraft. At this time Lippish was leading the technical branch of the Rhön-Rossitten Gesellschaft. Shenstone spent the winter of 1930/1931 working with Lippish and his team developing tailless gliders (and learning to ski). His friendship with Lippisch would last for 40 years.

It was also at the Wasserkuppe that he met Air Commodore John Adrian Chamier and acted as his translator. Chamier suggested that Shenstone should come to work for the British at Armstrong-Vickers (of which Chamier was a director.

To find work, he moved to England in May 1931. Geoffrey Hill tried to get him a job at Westland but there was nothing suitable. He was interviewed by Sidney Camm but due to a misunderstanding walked out of the interview. Through Chamier he got an interview with Reginald Mitchell at Supermarine (which was part of Armstrong-Vickers). While disappointed with Shenstone's knowledge of monoplane wing construction, Mitchell was impressed by his expertise in aerodynamic theory and gave him a full-time position at £500 per annum following a two-month trial.

Contribution to the Spitfire After the Spitfire, Shenstone was Chief aerodynamicist on the Supermarine B.12/36 proposal. This specification was for a four engined heavy bomber and the Supermarine proposal used a wing with a highly swept leading edge, storing the bomb load in both the wing and fuselage

In 1938 Shenstone left Supermarine and went to work for the Air Ministry as a senior scientific officer for the director of civil aviation. There he had a role encouraging cooperation and efficiency within the industry. In October 1940 he was sent to the USA as part of the British Air Commission working to ensure that American lend-lease aircraft were matched to the requirements of the RAF. In this role he was to take an interest in the development of the P51 Mustang.

Despite his early research, in 1943, after an difficult experience crossing the Atlantic in a flying boat, Shenstone became convinced that they would be outmoded in post war aviation. This was not a popular position for a member of the Brabazon Committee and drew criticism from other members Shenstone moved back to Canada in 1946 where he was technical administrator for Trans-Canada airlines . He then moved to Avro Canada in Toronto, where he was involved in technical management aspects of the new Avro Jetliner and CF-100 jet fighter, but was disappointed by the lack of development work that would fully utilise his experience. This prompted him to write to N.E Rowe (who was now director of research and development with BEA) to enquire about the possible positions. As a result, he was given the post of chief engineering in 1948.

At BEA he instigated a system of statistical maintenance control, using past component failures to direct future maintenance. More significantly, he made important contributions to the specifications of British civil aircraft. For instance, he was instrumental in increasing the passenger capacity of the Vickers Viscount. In the late 1950s he was key in developing the tail engine configuration of the de Havilland D.H.121 (later to become the Trident) and the VC10 . Shenstone also introduced BEA's first jet services, starting with the de Havilland Comet in 1960. In that year he was also appointed to the board of directors of BEA. He was president of the RAeS from May 1962 to May 1963.

In the autumn of 1964 he was appointed technical director of BOAC where he was responsible for co-ordinating the work of BOAC's engineering and flight operations. In this capacity he was principally concerned with long-term projects, particularly supersonic airliners. He had been involved with the development of supersonic supersonic passenger aircraft from the beginning. A Supersonic Transport Advisory Committee had been formed in 1956 to make recommendations, and he had represented BEA on the technical sub-committee. . Later, speaking at a RAeS discussion on "The Difficulties and Advantages of Supersonic Civil Transport" in March 1965, he expressed his scepticism of the profitability of supersonic transport (SST). He described it as "the largest, most expensive and most dubious project ever undertaken in the development of civil aircraft" stating that, "the greatest doubt lies in the improbability that the SST will be able to be profitable."

He maintained an interest in gliding. He worked with Waclaw Czerwiński in the late 1940s to design the Czerwiński-Shenstone Loudon and Harbinger and was a founder member of Project Sigma; an attempt to develop a high-performance sailplane aimed at winning the open class of the 1969 World Gliding Championships.

In 1955 Shenstone published articles that concluded that man powered flight was possible but fundamental data was lacking. He suggested that if resources were put into the field, a successful machine would be possible. He presented a paper "The problem of the very light weight highly-efficient aeroplane" in the conference of the Low Speed Aerodynamics Research Association . In January 1957 Shenstone, and six other enthusiasts (including Terence Nonweiler) met in Cranfield in and formed the Man-Powered Aircraft Committee (later to become the Man-Powered Aircraft Group of the RAeS) with the purposes of reviewing relevant literature, assessing its prospects, and promoting its realisation.

He retired at the end of 1966 and moved to Cyprus where he had the part-time role as technical advisor for Cyprus Airways. He remained in Cyprus until his death in November 1979