Elizabeth Anne Broderick (née Bisceglia; born November 7, 1947) is an American woman and convicted murderer who was convicted of the killing of her ex-husband, Daniel T. Broderick III, and his second wife, Linda (Kolkena) Broderick on November 5, 1989. At a second trial on December 11, 1991, she was convicted of two counts of second-degree murder and later sentenced to 32-years-to-life in prison. The case received extensive media attention and was extremely controversial. Several books were written on the Broderick case, and a TV movie was televised in two parts.

Betty Broderick was born Elizabeth Anne Bisceglia in 1947 and grew up in Eastchester, New York, a suburb of New York City. She was the third of six children born to devout Catholic parents Marita (née Curtin) (1919–2007) and Frank Bisceglia (1915–1998), who owned a successful plastering business with relatives. Her mother was Irish-American and her father was Italian-American.

The Bisceglias were strict parents, and much was expected of all the Bisceglia children. As Broderick later recalled, she was trained to act as a housewife since the day she was born, or as she recalled: "Go to Catholic schools, be careful with dating until you find a Catholic man, support him while he works, be blessed in your later years with beautiful grandchildren". This Catholic upbringing was bolstered by the economic conditions of the 1950s when Catholic parents could reasonably expect that a son or son-in-law would support a wife and children on his own income.

Broderick graduated from Maria Regina High School in 1965. She attended and later graduated from the College of Mount Saint Vincent in the Bronx, where she has earned a degree in early childhood education through an accelerated program. Her credits also earned her a minor in English.

In 1965, Broderick met her future husband, Dan Broderick (1944–1989), at the University of Notre Dame in South Bend, Indiana. Dan was born in Pittsburgh, Pennsylvania; he was the eldest son of a large Catholic family akin to the Bisceglias, and both his parents were descendants of Irish immigrants. The couple married on April 12, 1969 at the Immaculate Conception Church in Tuckahoe. Broderick returned from her honeymoon pregnant with her first child, daughter Kim (b. 1970). She gave birth to four more children: daughter Lee, (b. 1971), sons named Daniel (b. 1976) and Rhett, (b. 1979) and an unnamed boy, who died two days after birth.

After Kim's birth, Dan completed his M.D. degree at Cornell University. He then announced his intention to combine his medical expertise with a J.D. degree and enrolled at Harvard Law School. Betty became the main provider for the family while Dan attended law school with the help of a student loan. Dan was quickly hired by a law firm in San Diego, California, and moved his family to the San Diego community of La Jolla. Broderick continued working part-time, often selling Tupperware or Avon products while raising the children as a stay-at-home mom.

In the fall of 1982, Dan hired 21-year-old Linda Kolkena (1961–1989), a former Delta Airlines stewardess, to be his legal assistant. As early as October 1983, Broderick suspected that Dan was having an affair with Kolkena, and accused her husband of infidelity. Dan denied having an affair with Kolkena, telling Broderick that she was "crazy." Eventually, the marriage broke down, and against Broderick's wishes, Dan moved out in February 1985. He eventually took custody of their children after Broderick dumped the children on his doorstep one by one. Dan eventually confessed to Broderick that her suspicions about his affair with Kolkena were true and a drawn-out and hostile divorce ensued. Broderick vs. Broderick became one of the more infamous divorce cases in the U.S., primarily because of issues involving women who had worked while putting their husbands through graduate and professional school.

The divorce was finalized in 1989, four years after Dan filed the petition. Broderick's behavior became increasingly violent and irrational. Broderick left hundreds of profane messages on Dan's answering machine, ignored countless restraining orders that forbade her from setting foot on Dan's property, vandalized his new home, and even drove her car into his front door despite the fact that their children were inside the house at the time.

On April 22, 1989, Dan and Kolkena were married. Kolkena had been concerned about Broderick's behavior and even recommended Dan wear a bulletproof vest to the nuptials. However, Broderick did not appear and the wedding proceeded without incident. After the wedding, Broderick claimed Linda taunted her by sending facial cream and slimming treatment ads by mail.

Eight months after buying a Smith & Wesson revolver and seven months after Dan and Linda were married, Betty Broderick drove to Dan's house at 1041 Cypress Avenue in the Marston Hills neighborhood near Balboa Park in San Diego. Broderick used a key that she had stolen from her daughter Lee to enter the house while the couple slept; she shot and killed them. The murders occurred at 5:30 a.m. on Sunday, November 5, 1989—two days before Betty's 42nd birthday. Two bullets hit Linda in the head and chest, killing her instantly; one bullet hit Dan in the chest as he apparently was reaching for a phone; one bullet hit the wall, and one bullet hit a nightstand. Dan was 44 (17 days shy of his 45th birthday); Linda was 28.

Evidence was presented at her trial that Betty had removed a phone/answering machine from Dan Broderick's bedroom so that he could not call for help. Medical evidence indicated that Dan had not died right away, and Betty admitted that he had spoken to her after she had shot him. Dan's last words were "Okay, you shot me. I'm dead."

After contacting her daughter Lee and Lee's boyfriend, Broderick turned herself in to police, never denying that she had indeed pulled the trigger five times. Broderick's explanation at both trials was that she never planned to kill Dan and Linda and that her crime was not premeditated. Her account of the murders at her second trial was that she was startled by Linda's screaming "Call the police!" and immediately fired the gun.

Linda and Dan Broderick are listed as buried together at Greenwood Memorial Park in San Diego.

Attorney Jack Early represented Broderick at trial. Kerry Wells prosecuted for the State of California. Broderick's defense was that she had been a battered wife, claiming that she was driven over the edge by years of psychological, physical, and mental abuse at the hands of her ex-husband. Wells portrayed Broderick as a murderer who planned and schemed to kill her ex-husband and argued to the jury that Broderick was not a battered woman.

Broderick's first trial ended with a hung jury when two of the jurors held out for manslaughter, citing lack of intent. A mistrial was declared by Judge Thomas J. Whelan. Betty Broderick was re-tried a year later with the same defense attorney and prosecutor. The second trial was essentially a replay of the first trial. Prosecutor Wells was successful the second time around when the jury returned a verdict of two counts of second-degree murder. Broderick was sentenced to two consecutive terms of 15 years to life plus two years for illegal use of a firearm, the maximum under the law. She has been incarcerated since the day she committed the murders.

Broderick is serving her sentence at the California Institution for Women (CIW), in Chino, California. In January 2010, her first request for parole was denied by the Board of Parole Hearings because she did not show remorse and did not acknowledge wrongdoing. She was denied parole in November 2011 and again in January 2017. She will not be eligible again until January 2032.

An article about Broderick's case in the LA Times' magazine led to the production of a television film called (Part 1) A Woman Scorned: The Betty Broderick Story, and (Part 2) Her Final Fury: Betty Broderick, The Last Chapter (1992), where Meredith Baxter portrayed Betty and Stephen Collins portrayed Dan. Baxter received an Emmy Award nomination for her portrayal of Broderick. The murder was also dramatized in the season 4 episode of Deadly Women, titled "Till Death Do Us Part".

Both before and after Broderick's trials, her story was dramatized across the United States. Broderick granted numerous television and magazine interviews. She appeared on The Oprah Winfrey Show twice, Hard Copy, 20/20, and Headliners and Legends.

The 1991 Law & Order episode "The Wages of Love" partially was inspired by this murder and the trial that followed. Guest star Shirley Knight was nominated for a Primetime Emmy Award for Outstanding Lead Actress in a Drama Series.

Karen Kilgariff covered the case in episode 103 of My Favorite Murder, recorded live in San Diego.

The second season of the TV series Dirty John features the story of Betty and Dan Broderick from the early years through the homicides. Amanda Peet played Betty and Christian Slater played Dan.

On July 15, 2020, Oxygen will air a special episode of Snapped: Killer Couples devoted to the Betty Broderick case.

Betty Broderick was involved in several civil and criminal court cases, including wrongful death for the murder of Dan Broderick and his wife: 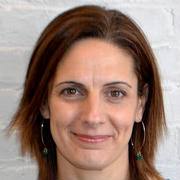