Berthold Leibinger (26 November 1930 – 16 October 2018) was a German mechanical engineer, businessman, and philanthropist. He was the head of the German company Trumpf, a leader in laser technology, and founder of the non-profit foundation Berthold Leibinger Stiftung. He served on the advisory board of major companies and was awarded an honorary doctorate by the University of Stuttgart.

Born in Stuttgart, Berthold Leibinger grew up in Korntal with two siblings. He graduated with Abitur at the Ulrich-von-Hutten Gymnasium in Korntal in 1950. He started an apprenticeship as a mechanic at Trumpf and then studied mechanical engineering at the Stuttgart Technology University of Applied Sciences. After graduating with a Diplom, he became a development engineer in 1958 at Cincinnati Milling Machines (today Milacron) in Cincinnati. In 1961 he returned to Germany and to Trumpf as head of the engineering division. In 1968 he developed the first contour nibbling machine tool with numerical control. The owner of the company, Christian Trumpf, having no children, named Leibinger as his successor. Leibinger successively took over shares of the company and served as technical director from 1966. He was managing director and partner from 1978. On 18 November 2005, he retired from management and served as chairman of the supervisory board of the Trumpf Group until the end of 2012. On 16 October 2018, he died in Stuttgart at the age of 87.

Leibinger was appointed to several important political and economical positions. From 1985 to 1990 he was president of the Chamber of Commerce of the Stuttgart Region and from 1989 to 1992 he served as president of the German Association of Machinery Manufacturers VDMA. He was a member of the supervisory boards of Deutsche Bank and BMW, among other companies. From 1999 to 2003 he was chairman of the supervisory board of the chemical company BASF. He was also president of the Stuttgart Chamber of Commerce and Industry from 1990 to 1992. He served in the senate of the University of Stuttgart starting in 2000.

Leibinger was a philanthropist with long lasting involvement in German culture. He was personally involved as chairman of the board of the Schiller-Nationalmuseum [de] and the Deutsches Literaturarchiv in Marbach am Neckar.

In July 1990, in a motion brought forward by the Faculty of Engineering and Manufacturing Technology, he was awarded an honorary Ph.D. degree of the University of Stuttgart. In January 1996, the Minister President of the state of Baden-Württemberg conferred upon him the honorary title of Professor. The Konrad Adenauer Foundation awarded him their Prize for Social Market Economy in November 2003. In October 2006, the president of the Federal Republic of Germany awarded him the Knight Commander's Cross (Badge and Star) of the Order of Merit of the Federal Republic of Germany (Bundesverdienstkreuz). In December 2006, the Werner-von-Siemens-Ring Stiftung awarded him Germany's most important technology award, the Werner von Siemens Ring. In November 2007 the Aktionsgemeinschaft Soziale Marktwirtschaft [de] [Society of Social Market Economy] awarded him the Alexander-Rüstow-Plakette. In June 2008 he was awarded the Deutscher Gründerpreis [de], and in 2011 the Arthur L. Schawlow Award from the Laser Institute of America. He received the Preis für Verständigung und Toleranz of the Jewish Museum, Berlin, in 2013, and the Aachener Ingenieurpreis [de] in 2014. He was awarded the Japanese Order of the Rising Sun in 2016.

His publications, including an autobiography and a dissertation, are held by the German National Library:

The contents of this page are sourced from Wikipedia article on 10 Mar 2020. The contents are available under the CC BY-SA 4.0 license.
View Berthold Leibinger 's image gallery
Image Gallery 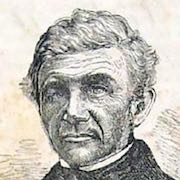 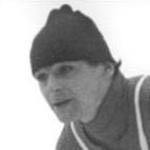