Albert Winsborough Yancey (August 6, 1938 – August 26, 1994) was an American professional golfer who won seven times on the PGA Tour and later played on the Senior PGA Tour.

Born in Chipley, Florida, Yancey lived much of his adult life in the Atlanta metro area. He attended the United States Military Academy in West Point, New York, and was captain of the Cadet golf team. He suffered from a debilitating illness known then as manic-depressive illness, but today it is more commonly called bipolar disorder. His illness first manifested itself during his senior year at West Point. He spent nine months in an Army psychiatric hospital in Valley Forge, Pennsylvania, before being honorably discharged.

In 1974, Yancey's illness resurfaced and led him to be involved in a series of bizarre incidents, for which he was at various times arrested, incarcerated, and institutionalized. One such incident occurred at LaGuardia Airport in 1975. Yancey climbed up on a ladder in the terminal and ordered all white people to one side and all black people to the other, and then proceeded to preach on the evils of racism. During the same incident, he claimed to have all of Howard Hughes' money and stated that he was going to use it to cure cancer. Yancey credited Dr. Jane Parker of Payne Whitney Hospital for correctly diagnosing his condition and prescribing lithium. Lithium, however, caused him to have hand tremors, which forced him to retire from competitive golf. He was able to resume competitive play, however, when Tegretol became available.

Yancey was eventually able to return to life as a productive member of society. In 1984, he took a teaching pro job at three South Carolina clubs. He joined the Senior PGA Tour after reaching the age of 50 in August 1988. During the last five years of his life he became a devoted public speaker and advocate for those with mental illnesses. He formed Bogeys, Birdies & Bert, a group “for the education and support of depressive illnesses” in an effort to spread the message on manic depression and mental illness. He also put on seminars, golfing clinics, tournaments and other charitable events to raise money to treat illness and educate the public.

Yancey suffered a fatal heart attack in 1994 at age 56 at the Franklin Quest Championship in Park City, Utah. While on the practice tee preparing for the first round, he experienced discomfort and made a second visit to the first aid tent; he went into cardiac arrest and was pronounced dead at a local hospital a short time later. Yancey is interred at Oakland Cemetery in Tallahassee, Florida, not far from his boyhood home.

He was survived by his wife, Cheryl, their daughter, Andrea, Bert's children from a previous marriage, daughter Tracy and three sons Charles, Scott and Jeffrey, and two grandchildren. 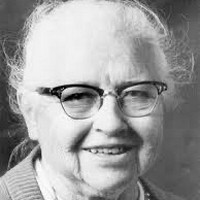