Herbert "Bert" Swindells (born 1909) was an English professional footballer who first rose to prominence playing for Crewe Alexandra. He scored 126 goals for Crewe – a club record that stands to this day. In 1938 he joined but never played for Chesterfield, later moving on to play for Barrow, Chelmsford, Bradford City, Mossley and Macclesfield Town, where he was joint top-scorer in the 1946–47 season. During World War II, Swindells also played for Stockport County.

Swindells was born in Stockport and signed for Crewe in 1927. He made his first-team debut in a Third Division North game against Ashington on 6 April 1929, a game in which he also scored his first goal. He scored a further three times in the final five games of the season.

In total, he made 247 appearances for Crewe. His last league appearance was in an away game at Halifax Town on 1 May 1937. He subsequently played in the Welsh Cup final replay four days later, scoring a goal in a 3–1 win over Rhyl to secure the club's second and last win in the competition (Crewe were barred from the competition, not least for not being based in Wales).

The contents of this page are sourced from Wikipedia article on 19 Aug 2020. The contents are available under the CC BY-SA 4.0 license.
comments so far.
Comments
From our partners
Sponsored
Reference sources
References
https://web.archive.org/web/20131105125308/http://www.crewealex.net/news/article/potted-history-255195.aspx
http://www.crewealex.net/news/article/potted-history-255195.aspx
http://www.cfchistory.com/maurice-dando
http://www.mossleyweb.com/PlayersAZ/AZS.htm
https://web.archive.org/web/20160414202452/http://silkmenarchives.org.uk/player_profiles/Players/s.html
http://www.silkmenarchives.org.uk/player_profiles/Players/s.html
http://gogogocounty.org/seasons/194243/194243Fdetails.html
http://silkmenarchives.org.uk/articles/articles/Time%20Line.pdf
Trending today in 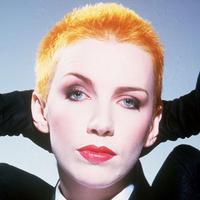