Bernie Ruoff (born October 12, 1951 in West Germany) is a former punter and placekicker for the Winnipeg Blue Bombers from 1975–1979 and the Hamilton Tiger-Cats from 1980-1987 of the Canadian Football League. He finished his CFL career in 1988, playing 5 games for the British Columbia Lions. Ruoff scored 1,772 points in 14 seasons in the CFL and is one of the leading scorers in league history. He also holds CFL records for the longest field goal (56 yards in 1984), most punts in one game (22 in 1984), and most punting yards in one game (1,054 in 1984). He attended college at Syracuse University, where he played for Hall of Fame coach Ben Schwartzwalder. He attended Cameron Heights Collegiate School.
Ruoff also played for one season in the Arena Football League as a member of the Providence, Rhode Island-based New England Steamrollers in the summer of 1988. 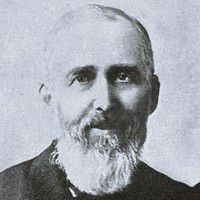